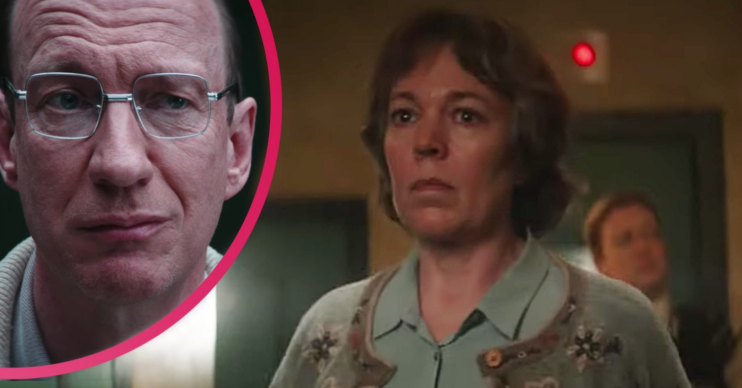 Landscapers on Sky: As first trailer is released when does Olivia Colman crime drama start?

This looks so good!

And that’s not all – we now know when it will be broadcast.

What is Landscapers on Sky Atlantic all about?

Landscapers is based on a true crime and tells the story of a seemingly ordinary couple who become the focus of murder investigation when dead bodies are discovered in the back garden of a house in Nottingham.

At the heart of the investigation is husband and wife Susan and Christopher (Olivia Colman and David Thewlis), who have been on the run for 15 years.

They think they’ve got away with it, but a call from Christopher to his stepmother gives the game away.

As they return to the UK they have a plan, but soon Susan’s obsession with Hollywood cinema takes over.

What does the trailer show?

The brand-new trailer sees Susan and Christopher arrive back in the UK and immediately picked up by police.

Christopher urges them “tell their story, no need to make anything up”.

But as they’re both held for questioning, Susan’s overactive imagination takes over.

And as time goes by, the trailer shows the pair in scenes from classic movies as real life and imagination clash.

When does Landscapers start?

Sky says that the four-part series will begin on Sky Atlantic and NOW on Tuesday December 7.

Read more: Who is Olivia Colman’s husband and how many children does she have?

And with a supporting cast that includes Kate O’Flynn, Daniel Rigby, David Hayman and Dipo Ola, this one looks like a must-watch.

We’ve pencilled it on our diaries already!