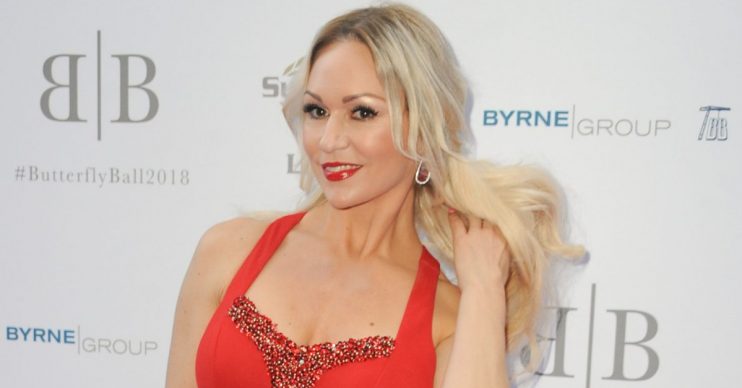 She quit the show some time ago

Kristina Rihanoff wants to return to Strictly Come Dancing– with a female partner.

The 43-year-old dancer – who has three-year-old daughter Mila with partner Ben Cohen – quit the show five years ago.

But she is open to the idea of returning, particularly if she could be part of the programme’s first same-sex competing couple.

She told The Sun newspaper: “I would come back for that. To be involved in that would be very special. It’s way overdue. The pros have been saying this for a long time.

“I teach men, women and gay couples all the time for things like weddings. I don’t see anything different in it, it would be great.

“And I would never say no to Strictly. I left on great terms.”

And Kristina even knows which female star she’d like to be paired with.

She said: “It would be Nicole Scherzinger. She’s an incredible dancer and musician, so she’d be amazing feeling the music. She’s very good-looking too.”

Kristina has warned departing pros Kevin Clifton and AJ Pritchard that they won’t find they are so popular away from the BBC Latin and ballroom contest.

I would come back for that. To be involved in that would be very special. It’s way overdue.

She said: “People are delusional if they think they’re going to leave the show and maintain that level of exposure.

It won’t be there. Strictly gave all of us fantastic platforms to carry on and show what we can do. But life after Strictly is very different.”

Join me tomorrow on @sooyogauk Facebook page for Family Yoga at 10am! Suitable for all ages and kids ! Let’s celebrate Mother’s Day and family time together! #yoga #family #wellbeing

And the Russian star is “surprised” AJ in particular decided to quit after four series.

She added: “Kevin has been there a long time. He won the show, was always successful and I think he has a very strong fanbase. He has other avenues to explore because he sings and acts. I get that decision.

“With AJ, I was surprised to see him go. Unless he has another big contract in his pocket you have to ask why. It sounds a bit of a risk.”

Kristina believes the new younger generation of dancers are “fame hungry” and use the show as a stepping stone.

Delighted I was able to do this show with my @bbcstrictly buddy @robinwindsor and raise money for hospice before the lock down ….

She said: “My generation is very different to the new generation going through on the show. Everybody who I danced with, like Pasha (Kovalev), Ola (Jordan) and Brendan (Cole), we grew up without any of these shows being on TV.

“So our goal was just being the best we could be, learn our skill, do great in the competition, winning finals, and out of that would come work from teaching and shows. Now a lot of dancers go on it for the fame and the money.”