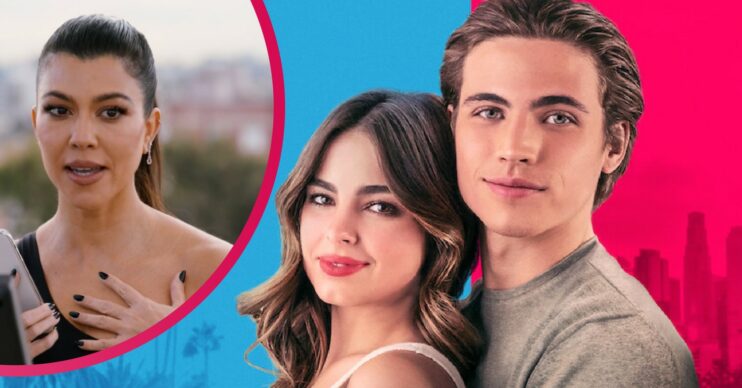 Who does Kourtney Kardashian play in He’s All That?

The reality star gave acting a try in this romcom remake

Kourtney Kardashian gave fans a shock by making her acting debut in He’s All That.

The Netflix film, which is currently the most-watched show on the streaming service, is a gender-flip remake of 90s movie, She’s All That.

Given a modern twist, Kourtney exercised her acting chops in a small role.

But who exactly is she in the film?

Who is Kourtney Kardashian in He’s All That?

Kourtney’s character is a new role that doesn’t have an equivalent in She’s All That.

However, she pulls her ad money from Padgett after seeing an embarrassing Instagram Live of the teen.

Read More: Netflix in September 2021: Everything arriving from Lucifer to Sex Education

Needing the money to put herself through college, Padgett decides to make over loser Cameron to prove she still has makeover skills.

Kourtney is later seen checking in with Padgett and her project throughout the movie.

Is He’s All That worth a watch?

While many have been panning the rom-com as ‘trash’ – we didn’t actually think it was that bad.

Granted it wasn’t great, but it wasn’t a total trainwreck.

There are definitely moments and subplots that could have done with some fine-tuning. Most prominently, the central characters – there just wasn’t enough care taken there.

We give it a solid three out of five.

He’s All That is available now on Netflix.