Kirstie Allsopp got into a bit of tiff with Piers Morgan on Good Morning Britain today (March 25).

As the pair exchanged their rather strong views on his handling of coronavirus on the show, her mic appeared to be muted mid-sentence. 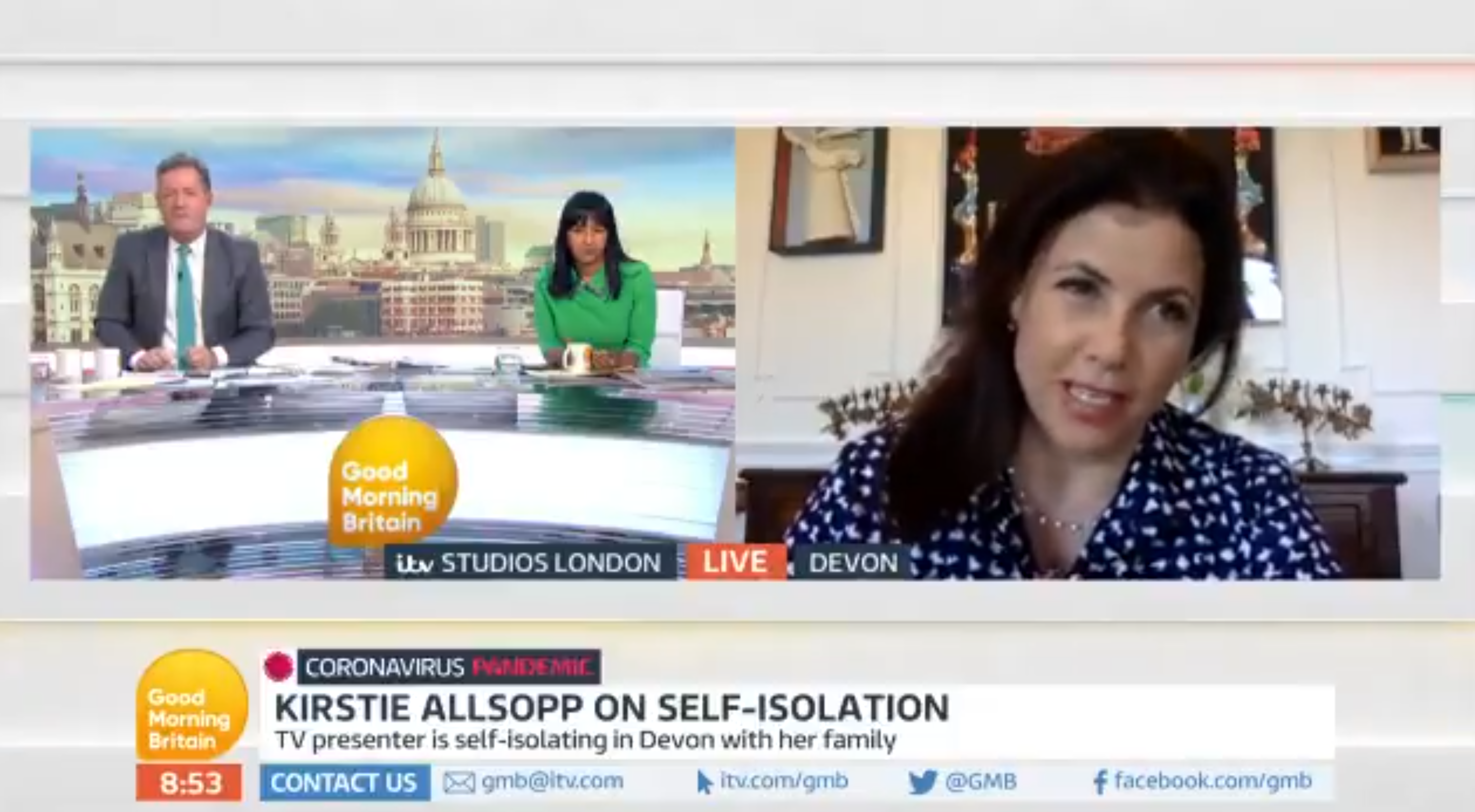 Kirstie Allsopp got into a bit of tiff with Piers Morgan on Good Morning Britain (Credit: ITV)

The production gaffe came as she criticised how her interviewed Health Secretary Matt Hancock earlier on in the week.

"On Monday when Matt Hancock was in front of you, you didn't allow him to get a word in edgeways," she said.

"He wanted to get his message across. The Government needs to be able to get these messages across. It's really important.

"The message was and the message remains, social distancing, work from home if you can, if you have to go out make sure it is for the once daily exercise and to shop only for essentials."

Piers usurpingly wasn't too happy with her comments.

Defending himself, the host clapped back: "Oh rubbish! We did a 25 minute interview and he had plenty of time to speak.

"I kept jumping in to say 'What did I say that was wrong?' 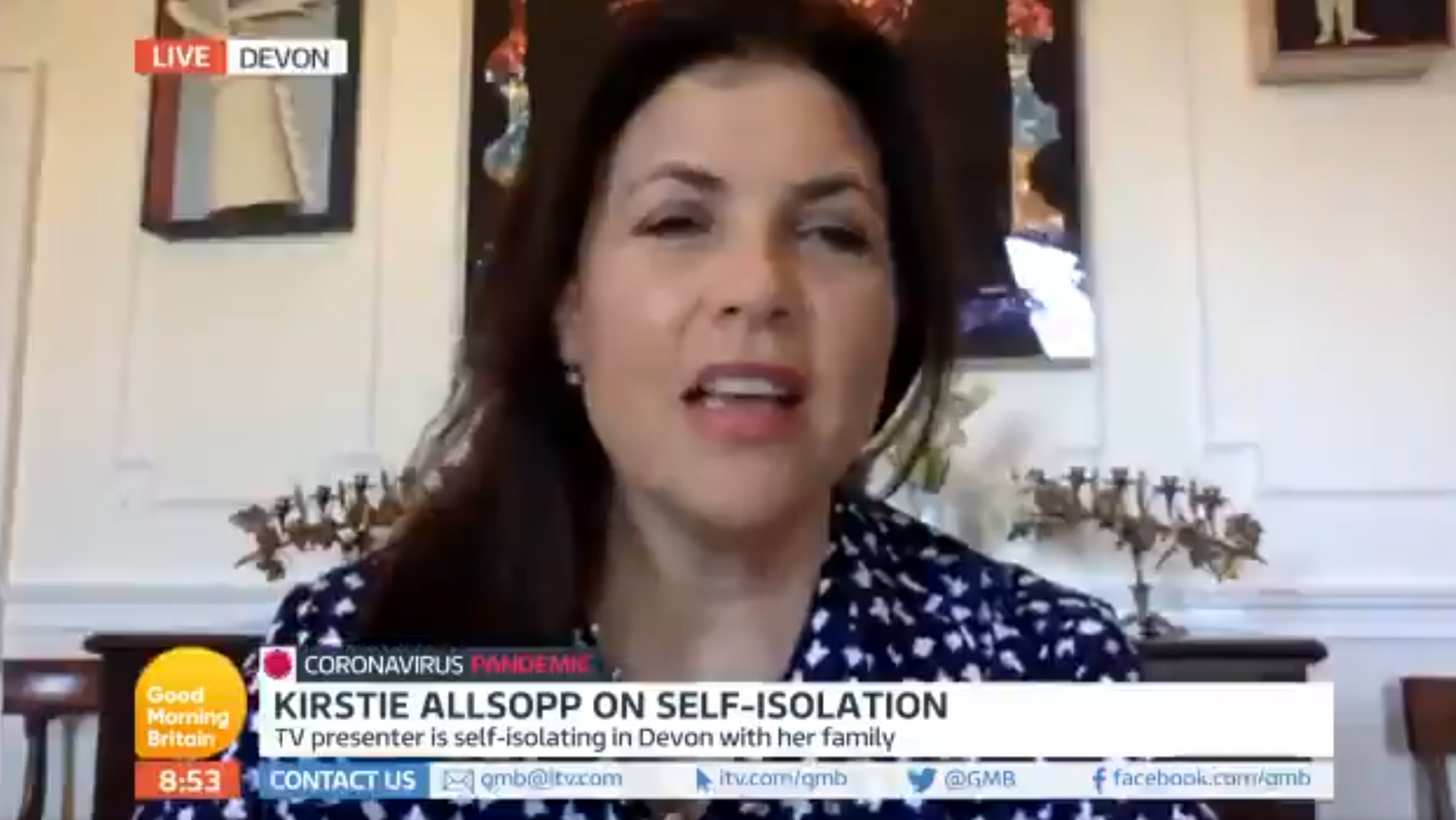 As the pair spoke over each other, Kirsty then proceeded to tell Piers "If you are too angry, there will be people who..." – but her mic was cut off.

Unaware of what had happened, she could be seen on screen still talking to the camera before Piers interjected.

"Okay, we didn't fade out Kirsty deliberately, there – we're just running out of time," he insisted.

"Actually can we come back to Kirsty later for a quick catch up? I don't like cutting her off like that but we have to go to a break.

"And I've got to keep asking the questions."

Kirstie Allsopp on GMB telling piers Morgan that he is getting to angry and not giving government ministers a chance to make a point. So he cuts her off for a ad break at last a celeb who gets the situation instead of lecturing

Viewers were not impressed when Kirsty's mic was cut off and they were quick to take to Twitter to vent.

Some were very quick to side with Kirsty: "Kirstie Allsopp on GMB telling piers Morgan that he is getting too angry and not giving government ministers a chance to make a point. So he cuts her off for a ad break at last a celeb who gets the situation instead of lecturing."

Another added: "@GMB @piersmorgan @ranvir01 that was disgusting you talk all over Kirstie and then you cut to an ad break with music drowning out Kirstie. Followed by an ad for Boxt to fit boilers next day essential workers?? Just grab the filthy ad money!"

Moment later, a third tweeted: "@GMB please let Kirstie Alsopp have a proper interview. Twuce this week you have cut her off. I like Piers but please can he let the guests finish speaking before he challenges their comments, as Skype seems to cut the tslk from the guests so we don't hear them. Ta."

Do you like this song? Are you enjoying the celebrities' response to coronavirus?  Leave us a comment on our Facebook page @EntertainmentDailyFix and let us know what you think.