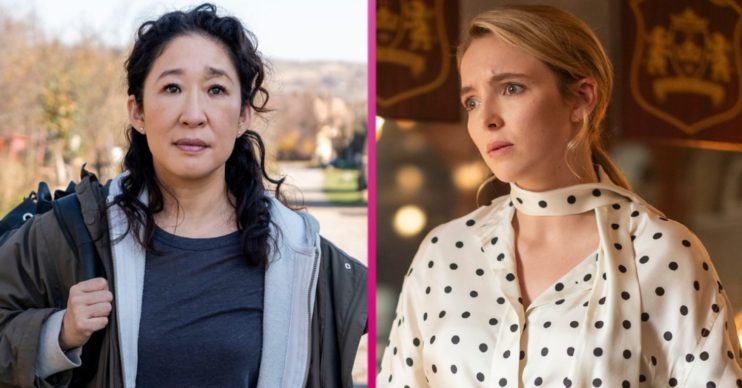 The BBC One drama is coming to an end

Killing Eve will officially come to an end after season 4, which is set to be released in 2022.

The popular BBC One drama, featuring Jodie Comer as Villanelle and Sandra Oh as Eve, has had viewers gripped since its launch in 2018.

However, the show is set to come to a close after filming takes place this summer.

When is Killing Eve season 4 out?

The scenes will mark the end of the show’s successful run.

Announcing the news on Killing Eve’s official Twitter page, it read: “Anything worth having is worth the wait. #KillingEve.”

The post was accompanied by a video of Tower Bridge, where Eve and Villanelle departed in season three.

Read more: Cassie in Death in Paradise: Who was Ayoola Smart in Killing Eve?

It is yet to be confirmed how many episode the upcoming fourth series will have.

Meanwhile, according to Variety, the show’s production companies are working to develop a Killing Eve spin-off.

Anything worth having is worth the wait. #KillingEve pic.twitter.com/YCbdDPE8jt

Many fans were left devastated by the news.

Commenting on the post, one said: “I’m literally crying right now. I’m not ready to say goodbye. Why is it the last season? There’s more stories to tell!”

In addition, a second shared: “Unfortunately, ‘final season’ doesn’t work for me. Sorry.”

I’m not ready to say goodbye

A third added: “And I guess we’re only getting eight episodes??? Please tell me this is a joke.”

A fourth tweeted: “Please tell me it’s a joke. I can’t believe it’s the last season.”

Furthermore, a fifth said: “Final season? I was expecting this show to go on for at least five seasons. Oh well, excited to see how this all ends.”

Meanwhile, the BBC One comedy-drama has been a huge success.

Last year, actress Jodie bagged the Best Actress gong at the TV Choice Awards for her role as the deadly assassin.

Speaking at the virtual ceremony, she said: “I hope that we can bring you the season four you deserve sooner rather than later, but it will be worth the wait.

“In the meantime take care and thank you very much.”

Speaking of the show’s end, co-star Sandra told Variety: “Killing Eve has been one of my greatest experiences and I look forward to diving back into Eve’s remarkable mind soon.”

In addition, she teased an “exciting and unpredictable fourth and final season.”