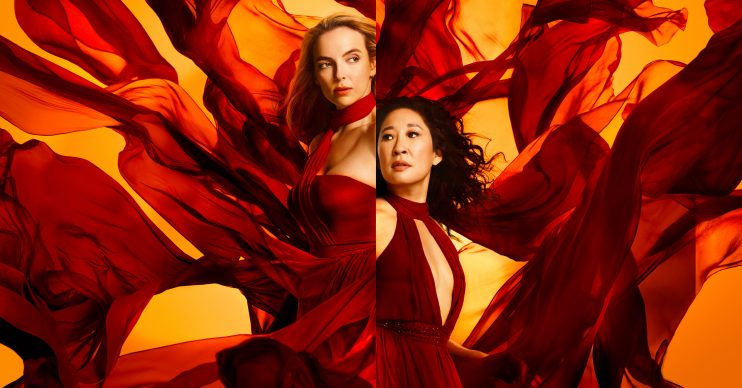 His death was a huge shock

Killing Eve fans have been left devastated after Kenny was dramatically killed off in series three’s cliffhanger ending.

The BBC put the first episode of the new series on iPlayer at 6am today (Monday, April 13) and fans immediately used their Bank Holiday Monday morning to tune in.

Things had moved on since the end of series two, which saw Villanelle shoot Eve and leave her for dead.

Setting the scene for series three

Eve survived and walked away from MI6. As a result of her disillusionment she was now working in a London restaurant.

Villanelle had also undergone a change – she’d given up the assassin life to get married, albeit in a black suit rather than traditional white.

Just as it seemed like Villanelle had opted for the quiet life, a blast from her past arrived.

But her former trainer, Dasha, turned up during the recption to lure Villanelle back to killer life. Villanelle agreed as long as she could be a ‘keeper’, but was told she first must prove herself by carrying out a routine kill.

Who was Kenny in Killing Eve?

Kenny, the son of MI6’s Caroline, who was previously Eve’s boss, had also quit MI6.

However, he hadn’t given up on exposing The Twelve, the shadowy organisation employing Villanelle to murder people, even after the official investigation was shut down.

He has been working for online publication Bitter Pill, and called Eve for help with his investigation.

She refused, but while she didn’t want to work with him, she did later agree to meet him for a drink.

We then saw Kenny in his office and react to hearing a noise. The scene cut to Eve arriving to find his office empty.

As Eve was looking at his phone, which he’d left behind, a body fell from the window outside and Eve rushed out to find Kenny lifeless on the floor.

Fans were totally blindsided – and not okay – with Kenny being killed off.

KENNY? SERIOUSLY? YOU HAVE NIKO AND U KILL KENNY? #KillingEve

I cannot believe yall did this to me!!! KENNY?? ARE YOU SERIOUS WHAT THE HELL #KillingEve pic.twitter.com/NHTOiWkvFl

Why Kenny had to die

Speaking of her decision to kill Kenny, new showrunner Suzanne Heathcote told Entertainment Weekly that it was a tough decision that they thought long and hard about.

“Given everything that had happened to Eve the past two seasons, we really felt we had to honour where she was at,” she said.

“And nothing was going to bring her back into investigating the Twelve for a professional reason. It was just too much water under the bridge for her, emotionally.

“So we knew there had to be something really personal happen to bring her back in. And the more beloved the character, the more it means when they go.”

So with Eve now lined-up to investigate Kenny’s death it’s sure to propel her back in Villanelle’s orbit.

Did Villanelle kill him? Or somebody else assigned by The Twelve? Or could MI6 have had something to do with it?

Surely Caroline wouldn’t have her own son offed, no matter how much pressure she was under…

Who killed Kenny? Leave us a comment on our Facebook page @EntertainmentDailyFix and let us know what you think of this story.