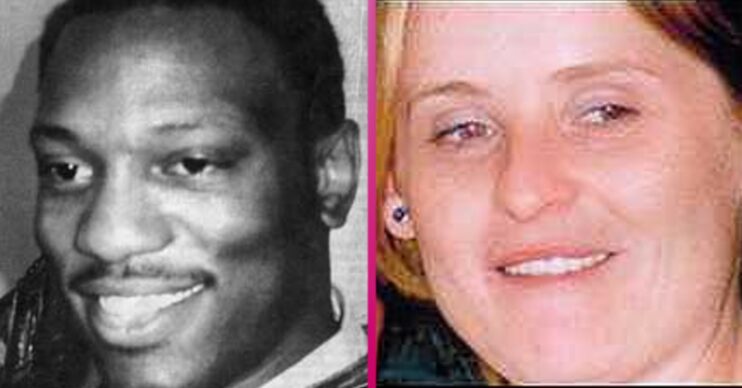 Killer at the Crime Scene on C5: Who killed Sinead Healy and where is Kenneth Lynch now?

He was a violent man and already known to police

Sinead Healy was a young woman from Ireland with her whole life ahead of her – until her brutal murder in 2000.

Her senseless death is the focus of the Channel 5 documentary series Killer at the Crime Scene.

But who killed her, and why?

Where is her killer Kenneth Lynch now, and will he ever be released?

Here’s everything you need to know about the murder of Sinead Healy.

Who was Sinead Healy?

Sinead Healy was a 26-year-old woman from Tipperary, who had moved to London to start a new life.

Friends described her as a “fun loving and vivacious young woman”, who lived at Barons Court, west London.

Sinead was “popular with her family and many friends”.

Ms Healey worked as a controller for a minicab firm in Fulham.

Sinead Healy murder – what happened to her?

She had been missing since October 18 of that year, when she was last seen by a friend near Charing Cross Hospital.

Ms Healy went missing after receiving a call on her mobile phone.

Police believed she had disappeared after going to meet the unknown caller.

Her bank account had not been touched and she took none of her personal belongings with her.

The police said there was “no sense or logic” behind her disappearance.

In a sinister twist, Sinead was the fourth woman to vanish in the west London area around the same time.

The police were forced to dismiss newspaper articles suggesting a serial killer was on the loose in west London.

When was Sinead Healy’s body found?

In March 22 2001, a driver found what looked like human remains in a lay-by and reported them to the police.

By this time, Sinead had been missing for six months.

In April 2001, police confirmed that the DNA analysis carried out on the remains matched Ms Healey’s description.

DNA tests on the bones discovered in the lay-by off the A40 in Beaconsfield were a match.

Mr Dickie said at the time: “Very soon after Sinead went missing I feared that she had come to serious harm, and I am sorry to say that we are now investigating her murder.

“Sinead was a fun loving and vivacious young woman, popular with her family and many friends.

“Her brutal murder is a terrible shock to her family and all those that knew her.”

DCI Dickie said the police were determined to bring her murderer to justice.

A 32-year-old man was questioned at a London police station in connection with the inquiry.

In a shocking revelation, the spotlight soon fell on Sinead’s ex-boyfriend Kenneth Lynch.

The court heard that Kenneth Lynch had hired Ms Healy to work in his telephone shop in Fulham Palace Road six years earlier.

The two had a relationship before he was sent to prison.

Prisoner Kenneth Lynch murdered Sinead Healy when he was on ‘pre-release leave’ from jail.

Kenneth was serving a sentence for handling stolen computers and dishonesty.

He was on a four-day resettlement leave when Ms Healy disappeared.

How and why did Kenneth Lynch kill Sinead Healy?

Kenneth battered Sinead Healy to death with a blunt object in her west London flat.

Investigators discovered the pair had argued before Kenneth brutally killed her.

The court heard that Kenneth Lynch wrapped her body in a bedsheet and hid it in a wheelie bin before dumping it by the roadside the following day as he drove himself back to jail.

He dumped Sinead’s battered and naked body like a bag of rubbish in a shallow grave off a motorway.

He then covered her body with leaves to hide it from passing motorists.

A post mortem revealed she had died from several blows to the skull.

How did police catch Kenneth Lynch?

On October 18, 2000, the night she disappeared, CCTV cameras captured Kenneth and Sinead together as they left the Salisbury tavern in Fulham by minicab.

At the time, Kenneth admitted to being with Ms Healy on the night she vanished.

However, he claimed she left him after a chat with a mystery man on her mobile phone.

But neighbours in her block of flats heard loud banging noises coming from her room followed by a loud thud and the sound of something being dragged down the stairs.

Police found bloodstains and DNA matching both Ms Healy and Kenneth Lynch in the flat.

A bedsheet was missing and a dustbin had disappeared from outside.

Prosecutor Brian Altman told the court that forensic scientists found Lynch’s fingerprint in her blood in her rented flat near Baron’s Court station.

They had also found her blood above the bed headboard, around the skirting board and on a doorknob and Lynch’s palm print on the wall.

He said: “The inference is that there was some violence inside the flat involving the victim and the defendant.

“Ms Healy left the flat wrapped in the sheet and perhaps inside the missing bin because she had been killed from the violence in the flat.”

How long did Kenneth Lynch get?

A judge sentenced Kenneth Lynch, 33, to life at London’s Old Bailey in July 2002.

Sentencing Judge Giles Forrester told him: “You murdered her and, having killed her in a cruel and callous way, you disposed of her body by burying it.

“This is a woman who you told the jury you were very fond of and cared for.

“Your actions show that nothing could be further from the truth.”

Reports say there were cheers in the court as the judge imposed a life sentence.

Kenneth Lynch, of Hammersmith, pleaded not guilty to murder.

Killer at the Crime Scene on Channel 5

The 8th episode in the series investigates the murder of 26-year-old Sinead Healy in Hammersmith, London.

Her family reported her missing in October 2000 and police quickly found evidence pointing to her ex-boyfriend Kenneth Lynch.

However, he was already in prison for another crime.

Former boyfriend Kenneth had been out of jail for a brief period around the time when she vanished.

Episode eight, about the murder of Sinead Healy, first aired in October 2021.