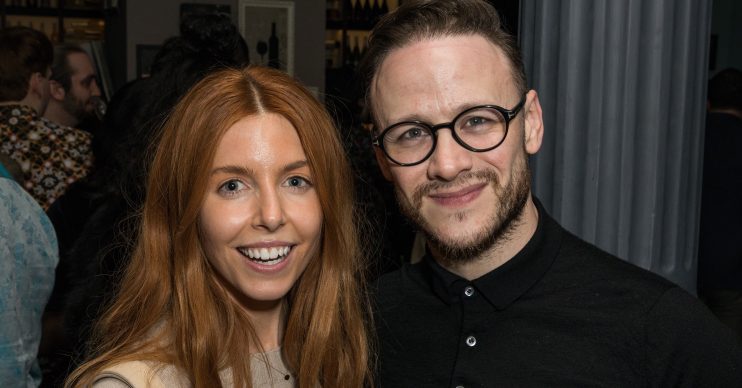 The pro returns to the dance floor tonight

Stacey Dooley has shared a rare and intimate picture of herself and her boyfriend Kevin Clifton ahead of his big Strictly Come Dancing return.

Kevin, 36, is set to appear on the BBC One dance show tonight (21.09.19) with his professional partner, 60-year-old telly star Anneka Rice, as the new series properly gets underway.

Last year, the Strictly pro and 32-year-old Stacey scooped the Glitterball Trophy and won the show, and they have since embarked on a romantic relationship.

But will he retain his title? Stacey hopes so!

Sharing the cute photo of her man kissing her on the head at home, Stacey wrote on Instagram: “Go get ’em, reigning champ. Good luck to the class of 2019.”

This year’s Strictly Come Dancing kicked off with a dazzling launch show on Saturday September 7 and, during the opening episode, the celebrities were paired with their professionals.

2018 champions Kevin and Stacey also took to the floor for one final dance, recreating their sizzling Paso Doble from last year.

But it certainly divided opinion among viewers. While some fans were delighted to see the pair dancing together again, others claimed to find the routine ‘boring’. Ouch!

This wasn’t the last Strictly fans would be seeing of Stacey, though, as she has been confirmed as the host for next year’s Strictly Come Dancing Live Tour.

Confirming the news on Instagram this week, Stacey gushed: “SEE YOU THERE GANG.

“The hostess with the mostess… KINDA… (not really in the home environment, no bread, no loo roll, but DEFO in an arena…) Can’t wait!”