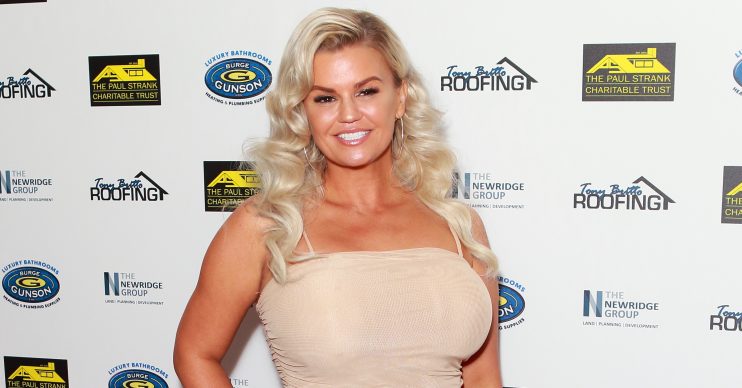 Kerry Katona has hit out at This Morning after the daytime show debated weight-loss jabs and included her name in the discussion.

The former Atomic Kitten singer, 39, branded the show ‘very unfair’ after hearing their discussion on the subject.

Lots of people asking where my dress is from @funkychic_boutique ❤️❤️❤️

Holly began the discussion by saying: “Could an injection a day help melt the kilos away? That’s what Kerry Katona and Gemma Collins would have you believe.”

Kerry has credited the Skinnyjab product for helping her lose two stone and dropping to size eight since August.

But Dr Zoe then said celebrity endorsements of the product – which costs around £2,500 per year if a patient self-funded – were ‘irresponsible and dangerous’.

I think it’s very unfair they didn’t have any of us on there. I’m not promoting this just for a paycheque.

Speaking to The Sun, she said: “I think it’s very unfair they didn’t have any of us on there. I’m not promoting this just for a paycheque.

“You don’t just take the pen and do [bleep] all after it,” she continued, referencing the fact that you still have to diet and exercise during the treatment.

Read more: Kerry Katona shows off her ‘new boobies’ as she thanks plastic surgeon

Kerry isn’t the only celeb who credit Skinnyjab with their weight loss.

Earlier this year, TOWIE’s Gemma Collins revealed that she had been using the product.

“I went on the jabs and that has been really good for me,” she told the Sunday People.

“You get injected basically and it curbs your appetite as well so it is handy when you are busy and on the road.

“I definitely feel much better since losing weight and I have got more energy and stuff. When you eat rubbish food, you feel rubbish and when you eat healthy, it’s a lot better.”