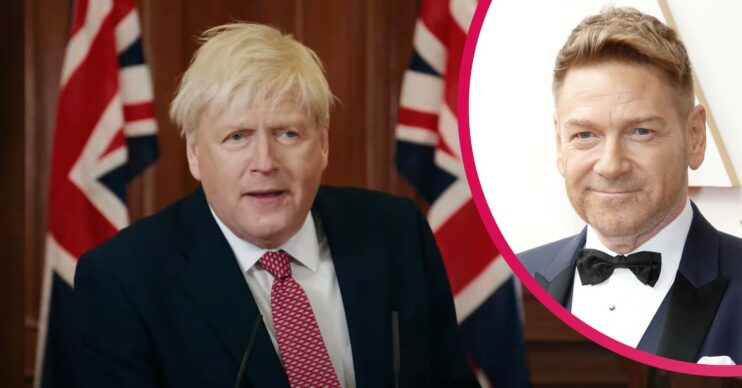 Kenneth Branagh is Boris Johnson in a new Sky TV drama, This England – and fans of the actor are stunned.

A trailer for the new drama was released earlier today (Wednesday, May 18) and it didn’t take long for people to start poking fun and making memes!

Earlier today, Sky gave us a glimpse at its new original drama – This England. The new drama, which will air later this year, stars Sir Kenneth as the PM himself.

This England will cover the PM’s first few months in power – including how he dealt with Brexit and Covid-19.

In the trailer, viewers aren’t given a proper glimpse of Branagh as Johnson until right at the very end.

The teaser begins with Branagh, as the PM, saying: “2020 will be a year of prosperity.”

An eerie version of ‘Rule Britannia’ plays in the background as Johnson tells people to “stay at home” and “wash your hands”.

The teaser trailer then ends with a full reveal of Branagh’s Johnson, as a newsreader informs us that Britain has the highest Covid death toll in Europe.

The trailer is only a few hours old, and yet it’s already been mocked and memed by the British public.

Here are some of our favourite reactions and tweets to the new This England trailer.

“Absolutely slayed by the fact that they’ve given Kenneth Branagh (61) old person makeup to play Boris Johnson (57),” one viewer tweeted.

“Can’t think of anything I’d rather watch less than – Kenneth Branagh – playing Boris Johnson – in a series about the pandemic,” another wrote.

“My undying love for Kenneth Branagh is making me so confused right now,” another fan of the actor said.

KENNETH BRANAGH HAS STOLEN BORIS JOHNSON’S FACE AND IS WEARING IT AS A MASK. OH MY GOD. pic.twitter.com/IO1EhBNYvw

The mocking and shocked reactions didn’t stop there though!

Some couldn’t quite get their head around it all and insisted it must just be Mr Johnson himself!

“It was bad enough living through it, now we have to endure it all again with Kenneth Branagh doing a silly voice? No,” another fan said.

“Kudos to the hair and makeup team here, who have basically turned Kenneth Branagh into Stanley Johnson with a blond rinse,” another joked.

“Kenneth Branagh as Boris Johnson is one of the most terrifying things ever,” one viewer tweeted.

Another joked: “I love this Kenneth Branagh Renaissance.”

This England airs later this year on Sky.

What do you think of Kenneth Branagh’s transformation? Head to our Facebook page @EntertainmentDailyFix and let us know.