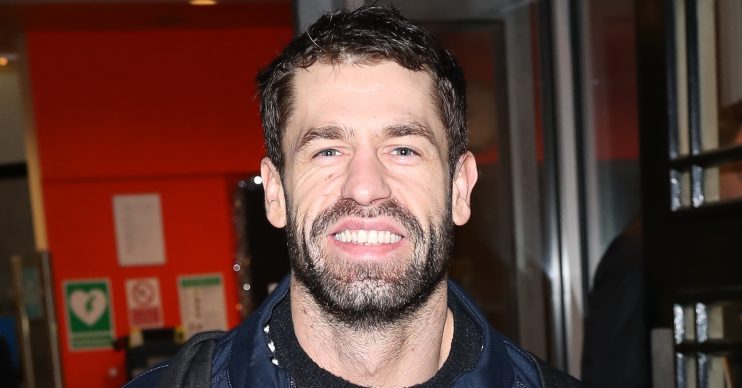 Emmerdale star admits it's been a 'dream come true'

It’s the Strictly Come Dancing final tonight (7.05pm, BBC1), and if you’re gutted that the series is coming to an end, you’re not the only one.

Kelvin Fletcher, who’ll be competing in the final with his professional partner Oti Mabuse, has posted an emotional message on Twitter, to say how much he’s enjoyed the “journey”.

And sharing a video clip with his 270,000 followers, the former Emmerdale star, 35, also thanked Oti for helping a “dream come true”.

Kelvin and Oti are one of three couples who’ll face-off in tonight’s grand finale, which is set to be watched by millions on TV.

It’s going to end with you lifting the glitterball… you are amazing and very easy on the eye.

Coral bookmakers have made Emma and Anton favourites to win the competition, with odds of just 2/5.

But while Kelvin will certainly want to get his hands on that trophy tonight, it sounds like he’s just grateful to have been given the chance to compete.

The actor stood in for Jamie Laing at the beginning of the series after the Made in Chelsea star was forced to pull out with a foot injury.

And sharing a clip of him and Oti rehearsing for this evening’s showdown, Kelvin wrote: “Not a single minute, not a single hour, not a single day have I wanted this journey to end.”

He finished the message by paying tribute to his dance partner, saying: “Thank you so much for helping a dream come true.”

And Kelvin’s fans were quick to offer their best wishes. One wrote: “Good luck to you and @OtiMabuse tonight.

“Absolutely amazing journey. So proud of you both. My idols. Supported you from day one. Voted every week. You’re brilliant.”

Another predicted: “It’s going to end with you lifting the glitterball… you are amazing and very easy on the eye.”

And a third follower added: “Winner winner chicken dinner, we had you picked out from ur first dance.”

We wish all three couples the very best of luck on the dancefloor tonight!