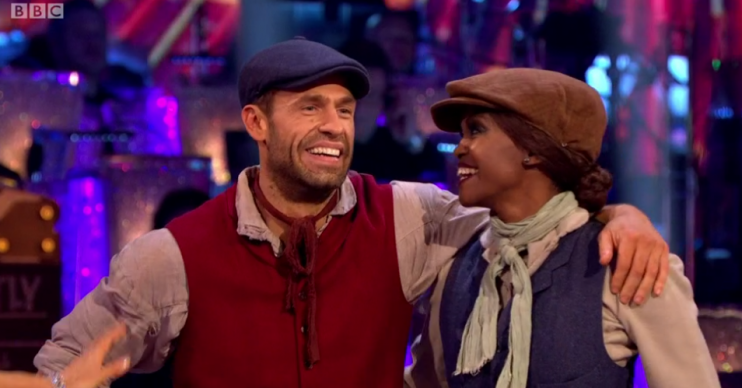 The pair scored the first 10s of the series

The former Emmerdale star, 35, and pro partner Oti Mabuse, 29, scored the first 10s of the series with their stellar performance of the Charleston, earning a huge 38 points out of 40 and securing them a place at the top of the leader board.

Taking to Instagram following the show, the actor shared a behind the scenes snap with Oti and wrote: “What. A. Night. Thank you sooooo much to everyone who voted for us. I’m blown away. (sic)”

He also proudly reshared clips from his famous pals, including Lucy Mecklenburgh, showing the judges dishing out their scores.

A thrilled Oti Mabuse also took to Instagram to give a glowing shout out to her partner after their spectacular performance.

Read more: Strictly’s Katya Jones bites back at troll who accused her of ‘not doing her job’ after fall

“I can only count my blessings… thank you @kelvin_fletcher for giving your all,” she wrote.

“Smashed it!” one fan commented under the shot, while another gushed, “You were both incredible. I loved this performance.”

Kelvin’s wife Eliza was also showing her support on social media as she watched the show from home.

However, not all Strictly fans were completely convinced they should have scored so highly.

One posted on Twitter last night: “I really like Kelvin – the man can dance – but that wasn’t perfect? Not sure about the 10s.”

A fourth moaned: “Overmarked!!! Was a good routine but the lifts didn’t flow!!!!!

Another Strictly fan argued: “Kelvin‘s feet didn’t twist as much as they should and it definitely wasn’t a 10!”