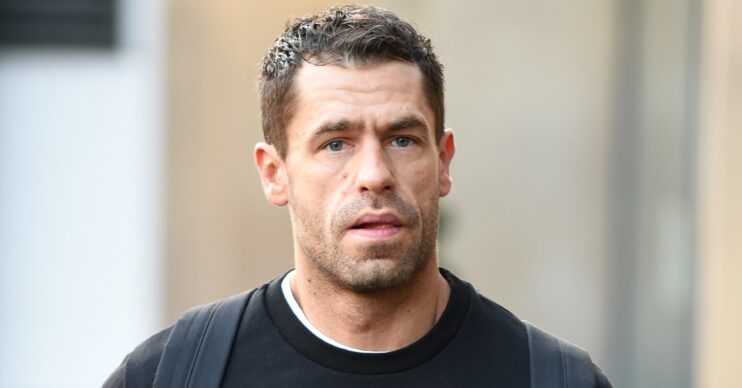 Kelvin Fletcher won the hearts of Strictly Come Dancing viewers in 2019 when he won the show.

However, Kelvin previously opened up about struggling with guilt during his time on the BBC show.

What did Kelvin Fletcher say about Strictly?

Following his win in 2019, Kelvin admitted he struggled with being away from his family.

Read more: Kelvin’s Big Farming Adventure: Who is his wife Liz Marsland and when are their twins due?

He spent much time away from his wife Liz Marsland and their two children – Marnie and Milo – as he trained.

Kelvin told The Sun at the time: “I’m going on holiday next week with my family to get away for a few days.

“I’ve felt a little bit guilty being away from them so I will take them away and just see them and hold them.”

The couple are now expecting two more children after finding out they’re having twins!

As well as expecting another two children, the couple have also taken on the task of owning a farm.

The family’s move to a farm has been documented in the BBC series, Kelvin’s Big Farming Adventure.

Speaking on This Morning earlier this month, Kelvin opened up about their decision to move.

He said: “We just wanted a change. I still class myself as relatively young.

“Wife’s young, young family, two amazing children and the sense of the unknown has always excited me.”

He added: “We just wanted to seek a challenge, live out in the countryside and going back to that wholesome, simple way of living.”

The couple announced their baby news back in December.

Kelvin and Liz told PA Media: “There’s no question that for the Fletcher family the best thing to come out of 2021 is the news that we are expecting again.

“We are feeling extremely grateful and can’t wait to meet the new addition to our family.”

The couple then revealed on BBC Breakfast in January that they’re expecting twins.