Kelvin Fletcher has addressed the "gruelling" toll that performing on Strictly Come Dancing is taking on him, both physically and mentally.

The former Emmerdale star, 35, has been a hit with viewers and the judges alongside pro partner Oti Mabuse - with the couple’s steamy routines firing him to the top of the leader board several weeks running.

However, the hunky actor admitted earlier today that his demanding rehearsal schedule can leave him ‘exhausted’ in the run up to Saturday performances, as well as wracked with nerves.

Asked why he slumps to his knees once he and Oti have finished on the dance floor, Kelvin indicated his extensive preparations can take it out of him. 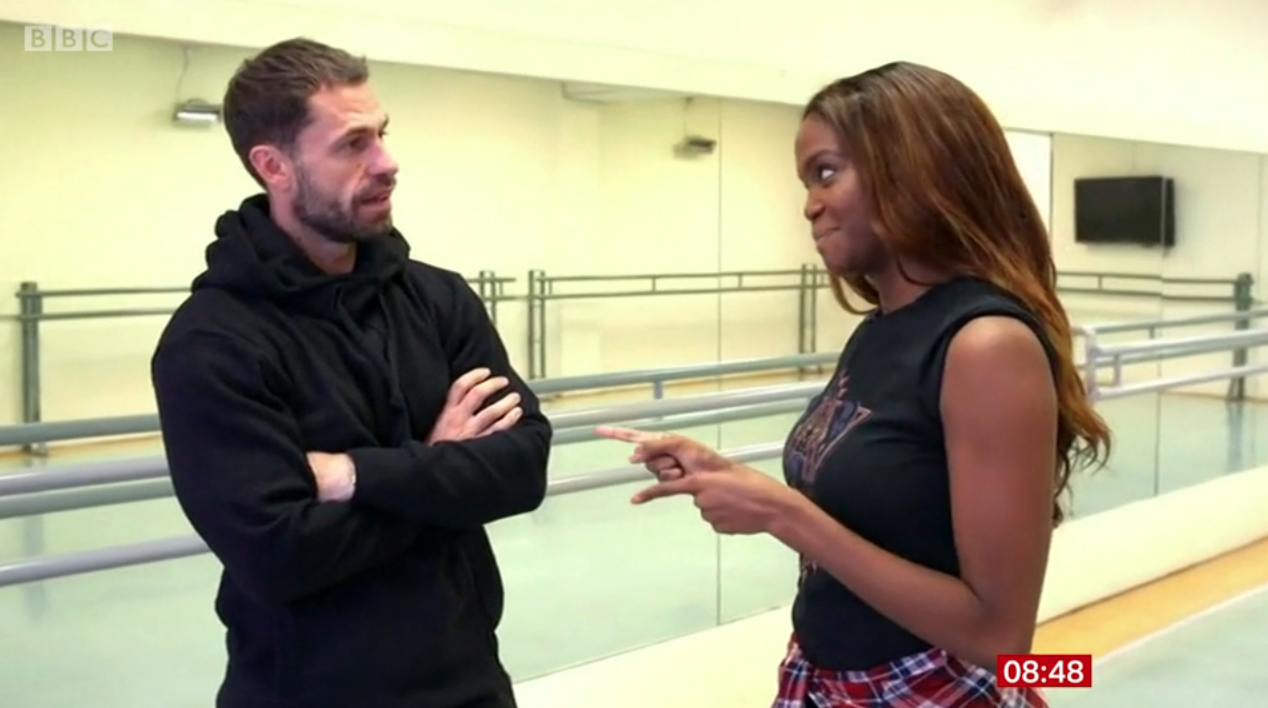 Kelvin - tipped to make a splash in London’s West End in 2020 - continued: "With rehearsing all week, not seeing anyone but your training partner and then you arrive at the weekends and you perform live in front of the nation… Even as a performer I get really nervous."

The snake-hipped star also hailed Oti for being an excellent coach alongside her role as Kelvin’s pro partner. 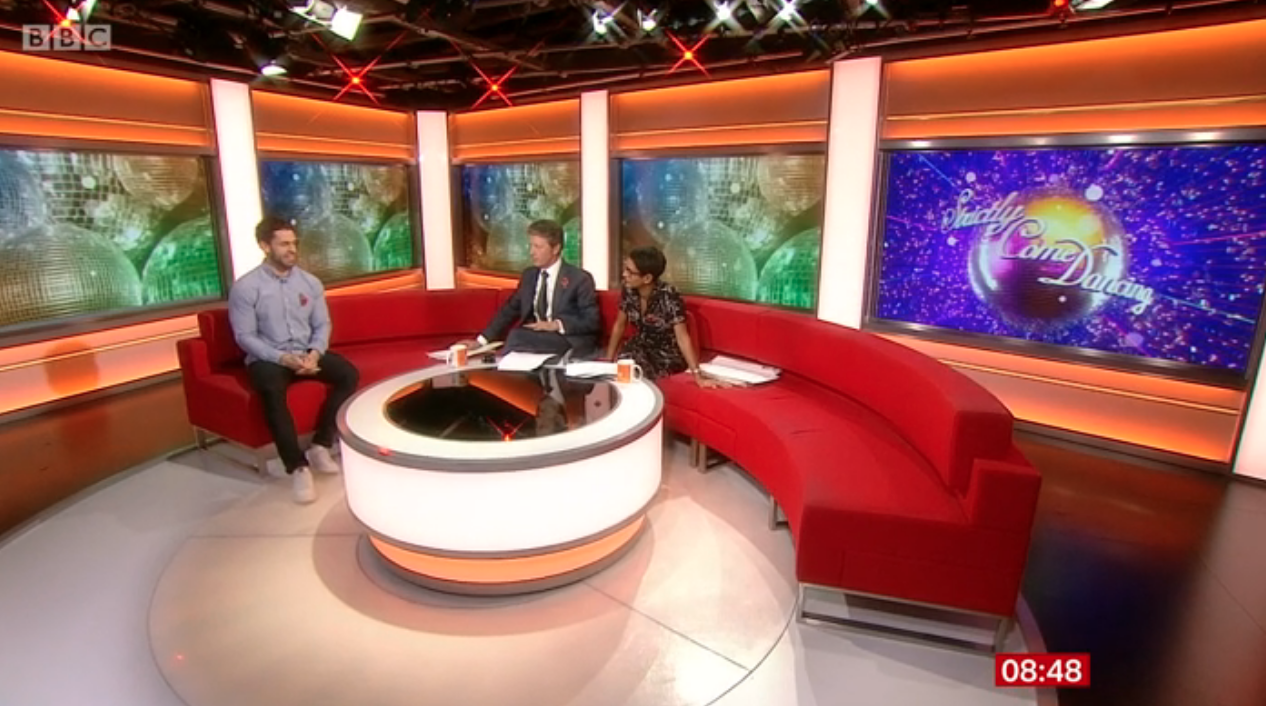 "We’ve got a very similar work ethic and we both want to get the best out of each other. She’s very funny as well and we have some great moments."

The TV appearance also gave Kelvin the opportunity to enjoy a bit of banter with fellow shimmying celeb Mike Bushell, a sports presenter on BBC Breakfast.

Highlighting on Twitter he was about to go on air, Kelvin shared a snap of him sitting behind a desk in the programme’s office - and later drew a response from Mike himself who suggested Kelvin could stand in for him.

Ha ha. I remember that seat. Great stuff this morning pal. You’d be natural at doing the sport. Hope they treated you well and see you tomorrow. @BBCBreakfast

- BBC Breakfast airs every day at 6am on BBC One. Strictly Come Dancing continues next Saturday on BBC One at 7pm. 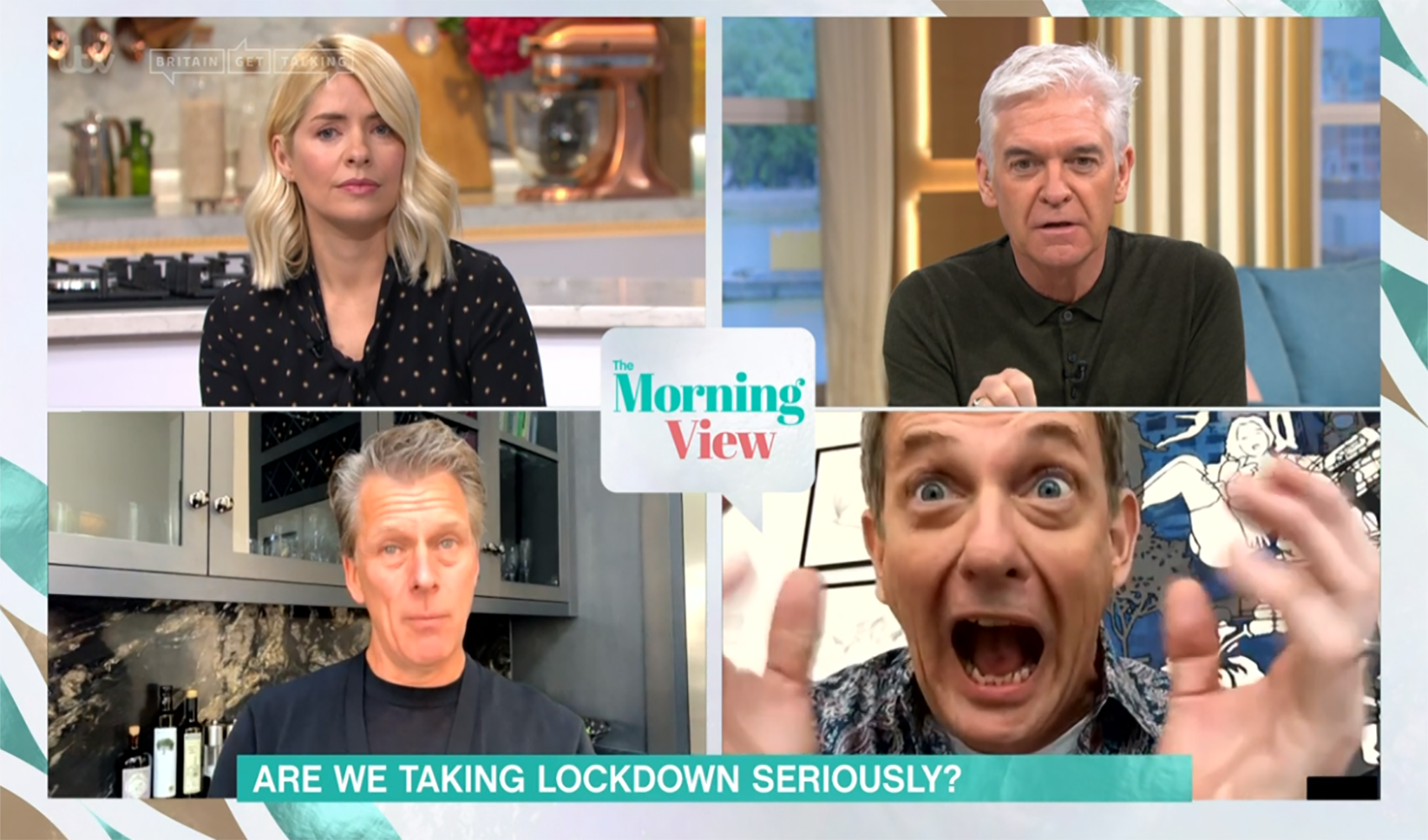