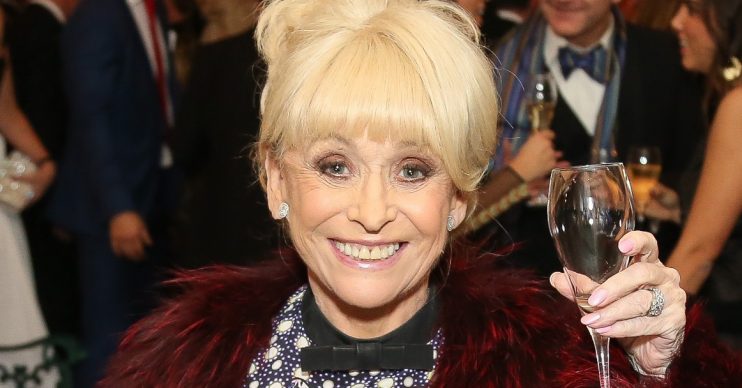 The Walford legend was diagnosed with Alzheimer's in 2014

In her chat with stand-in host Christine Lampard, the ex EastEnders actress spoke about spending time with Babs and said that, despite going through “terrible” days, the Peggy Mitchell actress still has her “fun personality”.

Kellie explained that she saw her pal recently for afternoon tea and brought her kids along with her.

She said on the programme: “She was on form. She’s got such a sparky, fun personality. She is completely infectious to be around. She puts on a performance, I suppose, when she is with all of us.

“But obviously she is living with dementia, and it depends, day to day. You have good days and you have really terrible days.

“And it’s tough, especially because there is, at the moment, no cure.”

Elsewhere in the interview, Kellie – who played Carly Wicks on EastEnders from 2006 to 2008 – said of the disease: “It doesn’t just affect that person, it affects the whole family.

She is completely infectious to be around.

“How can you protect this person? How can you make their life safe? It’s really tricky.”

Earlier this month, Barbara’s husband Scott Mitchell revealed he feels guilty about leaving her with other carers and admitted he found it “difficult to do at first”.

But in his chat with Metro.co.uk at the Best Hero Awards in London, he said it’s “essential” for those caring for loved ones to get a “little bit of respite”.

He told the publication: “I think as a carer you learn to adapt to a different way of life, that’s what you do.

“I do have carers who come in, which means I can go and do my work and I can do whatever I need to do – whether that’s going for lunch, go and meet friends for a coffee, go and do some shopping.”

He added: It’s essential for people caring for someone to get that little bit of respite. I found that very difficult to do at first. I felt very guilty about it, I felt like I shouldn’t be leaving her.”

Barbara, 82, was diagnosed with dementia in April 2014, although the star didn’t reveal her battle with the disease until last year.