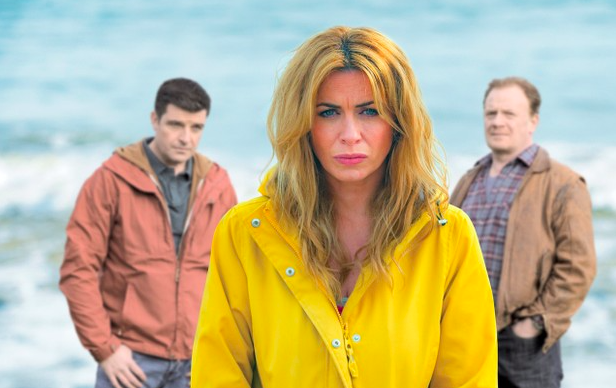 Keeping Faith series three starring Eve Myles: When will it air? How did series two end?

The drama will return for a third and final series, the BBC has confirmed

Faith Howells and THAT yellow coat will be returning for a third and final series of Keeping Faith. But when will it air? And how did series two end?

The BBC Wales drama was a huge hit when it first aired in 2017, with a second series following in 2019.

Here’s everything you need to know about Keeping Faith series three.

The drama, which stars Eve Myles as lawyer Faith Howells, will return for a third and final series next year.

BBC Wales has confirmed the show will return despite the interruption from the coronavirus pandemic.

The English-language version will then be shown on BBC Wales from February 2021 and across the BBC on iPlayer.

In Wales, the series is called Un Bore Mercher, which means One Wednesday Morning.

Actress Eve confirmed she’d filmed her last ever scenes as Faith in August 2020.

She tweeted: “With a heavy heart I say goodbye to Faith.”

With a heavy heart I say goodbye Faith…..Thank you🙏🏻💛 pic.twitter.com/jTUpPz3ITK

The third and final series will be six episodes.

You can binge watch them all at once when they appear on iPlayer in February.

What happens in series three?

We’re told it’s been 18 months since we last saw life in Abercorran.

Faith and Evan’s divorce and custody battle goes from bad to worse.

Faith tries to be positive as she juggles being a mother and a lawyer.

But then someone from her past returns and threatens her happy future.

Where is Keeping Faith filmed?

The drama is filmed in Wales, mainly around Laugharne in Carmarthenshire.

It’s a town on the south coast which lies on the estuary of the River Tâf and was once home to the poet Dylan Thomas.

Amanda Rees, S4C’s director of content, said she was “thrilled” to see the series returning.

She said: “This pioneering drama is hailed as one of S4C’s originals, and the award-winning thriller, set in the heart of one of Wales’ most beautiful landscapes, has raised the profile of Welsh drama across the world.”

What happened in series one of Keeping Faith?

Series one and two of Keeping Faith were massively successful for the BBC and S4C, with more than 33 million iPlayer requests to date.

The show won three BAFTA Cymru awards in 2018, with Eve Myles winning best actress for her role as Faith.

In series one, Faith’s life is turned upside down when her husband and work partner disappears.

She’s forced out of maternity leave to return to their family-run firm of lawyers.

Viewers saw Faith attempt to keep her family together, while trying to trace her husband.

As she delves deeper into Evan’s disappearance, it becomes clear that it isn’t a typical missing persons case.

Faith discovers that Evan had developed links with the Glynns, a local crime family, as a way of fixing the family’s financial problems.

While searching for clues about what happened to her husband, Faith develops romantic feelings towards Steve Baldini.

What happened in series two of Keeping Faith?

In series two, Evan is released from jail, and Faith must find a way of living with him.

The series ended with Evan leaving the family once again.

Meanwhile, Steve told Faith “I’ll be here for you when you’re ready.”

The Guardian called the series the Big Little Lies of Wales.

Are you looking forward to Keeping Faith series three? Leave us a comment on our Facebook page @EntertainmentDailyFix.