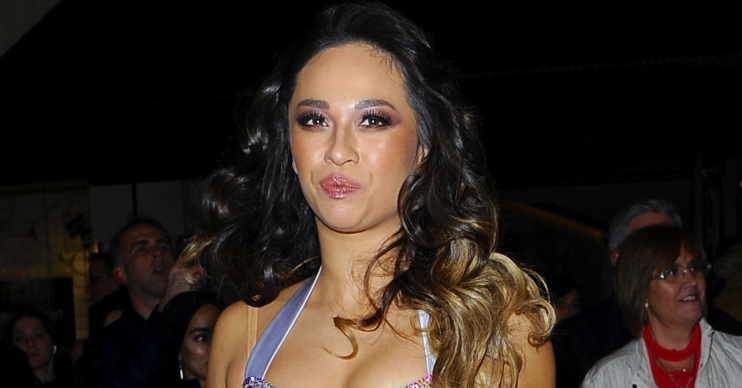 She split with husband Neil just two months ago

Fans of Strictly Come Dancing couldn’t believe their eyes as Katya Jones fell over not once but twice during Movie Week earlier this month.

Viewers are used to seeing celebrity dancers lose their footing, but while her showbiz partner Mike Bushell stayed on his feet, the usually excellent Katya seemed to struggle.

A report has now claimed that the Russian dancer has been ‘floundering’ on the BBC show because she’s still suffering from ‘heartbreak’ following the split from her husband, fellow Strictly pro Neil, two months ago.

The couple tied the knot in 2013, but their marriage came under the spotlight during last year’s Strictly when Katya was photographed kissing her dance partner, comedian Seann Walsh.

Though Katya and Neil seemed to brush the issue aside when they appeared together on This Morning in May, they announced that they were going their separate ways in August.

And according to The Sun Online, Katya is struggling to deal with the split – especially as both her and Neil still work on the show.

A source told the website: “Katya is a tough woman with a thick skin, but she is only human, and has been pushed too far.

“Neil has been her best friend for over ten years, and suddenly he is not really in her life any more – they exchange pleasantries on set, and that’s it.

“They’re both flirty people, and have had quite a bit of interest from other parties, but Katya isn’t ready to move on – she still wears her wedding ring.

“The final straw came after she fell over on the show, and was bombarded by keyboard warriors accusing her of being drunk and unprofessional.”

Some viewers showed concern after Katya broke down in tears following her and Mike’s performance last week – but Mike later claimed that it was nothing to do with her marriage split.

The sports presenter insisted that it was sheer relief that he’d managed to perform the right moves.

He told the Mirror Online: “Last week was the toughest emotionally. I had a bad cold and wasn’t at the races a lot of the time.

“On the live show, I came up to the 10th step like a horse approaching a fence, in slow motion. I was thinking: ‘Here we go, here we go.’ Then the foot landed and from that moment I knew the rest of the dance would follow.

“So at the end, Katya realised for the first time ever we’d pulled the dance off. It was like being 3-0 down at home to a non-league football team, then coming back in the last minute. The relief and release of emotions was intense.”

Strictly Come Dancing is on BBC tonight at 7.15pm.