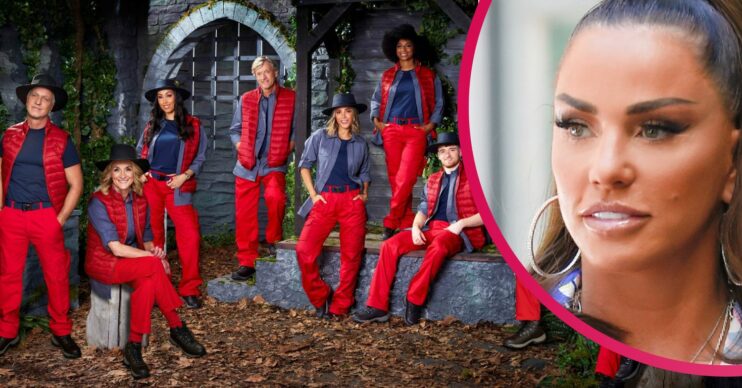 Katie Price has been urged by her fans to “be kind” after slating this year’s I’m A Celebrity cast in an Instagram video posted to her 2.7 million followers.

Her fiancé, Carl Woods, appeared in the video alongside her.

What did Katie say about the I’m A Celebrity cast?

The couple sat down last night to share their thoughts following the first episode of the new series of I’m A Celebrity.

And Katie and Carl definitely didn’t hold back in the four-minute-long video.

At the start of the video, Katie said she was going to be posting a review of I’m A Celebrity every single night.

She then went on to say that the stars in this year’s edition of the show are “non-celebrities”.

The pair then slammed some of the celebrities on the show for not having as many Instagram followers as Carl.

“Even me, a nobody, has got more followers than some of these people,” Carl said in Katie’s video.

What else did Katie and Carl say?

He then went on to criticise one of the celebrities on the show for only having 16,000 followers on Instagram.

This is presumably Kadeena Cox MBE, the Paralympic gold medallist, who has just over 17k followers on Instagram now.

“How is that a celebrity?” Carl asked.

Katie then said she was surprised that an “Instagram influencer” wasn’t on the show this year, because they’d “probably have more followers” than the other celebrities there.

“Then again, it should be called Who Are They, Are You A Celebrity or Aren’t You?” Katie quipped.

The model then went on to talk about how she appeared on I’m A Celebrity twice.

The 43-year-old former glamour model also said that last year’s version of the show in Wales was “absolutely [bleep]”.

So what did fans have to say?

Katie’s fans were quick to comment on the star’s slamming of this year’s celebrities by reminding her to “be kind”.

“Be kind – may not be a celebrity in your eyes but probably are in someone else’s,” one fan commented.

“Be kind practice what you preach springs to mind,” another of Katie’s followers declared.

“Just a jealous [cow emoji]. Never won it. Was she even a celeb?” a third fan asked.

Katie and Carl’s video comes after their widely reported trip to Las Vegas.

They were rumoured to be getting married out in the US, however, they returned home without tying the knot.

The couple revealed that they were actually out in Vegas to film some content for Katie’s YouTube channel. The video aims to show Katie’s viewers how easy it is to get married in Vegas.

So what did you make of Katie’s opinions on this year’s I’m A Celebrity cast? Head to our Facebook page @EntertainmentDailyfix and tell us.