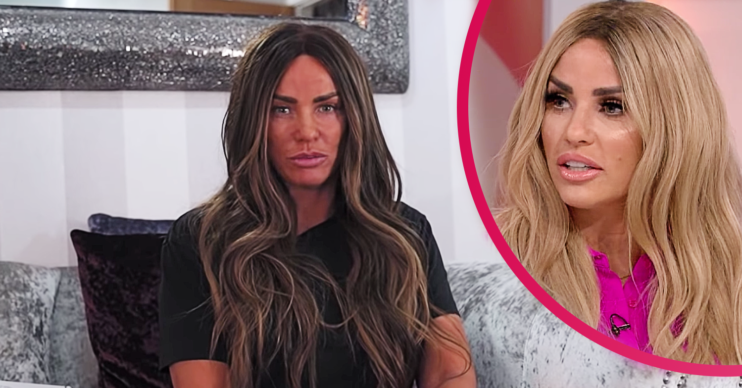 Says she was in a bad mental place at the time

Katie Price has taken a swipe at Loose Women, saying she ‘performed like a seal’ on the show despite being in a “bad mental place”.

The mum-of-five, 42, appeared as a panellist on the daytime show for two years up until 2018.

But now she’s said looking back at her time on the show, it makes her “feel sick”.

What did Katie Price say about Loose Women?

Katie appeared on the Changes with Annie Macmanus podcast and opened up about her time on the show.

“I was doing Loose Women for two years,” she said. “When I look back at that it makes me feel sick.

“But I still went out there and put on a brave face. I look at it and think: ‘Oh my god.’”

Money struggles, the split from her third husband Kieran Hayler and the news that her mum Amy was terminally ill meant that Katie had a lot on her plate.

And she says that the show got “the worst of her”.

Katie continued: “I feel like saying to them: ‘You had me on your show when I was at my illest. But now I am fresh you wouldn’t offer me that back again.

And I feel like saying: ‘This is me now. You’ll get the best out of me now.’

“And I feel like saying: ‘This is me now. You’ll get the best out of me now.’

“‘You had me at my worst. You had me when mentally I was really going through it’.

“I wasn’t well but I was still able to perform like a seal.”

Now in a stable relationship with Carl Woods and son Harvey receiving specialist care – and her money worries slowly sorting themselves out – it seems Katie is indeed in a much better place.

Tongues have already started to wag about the possibility of Katie having another baby.