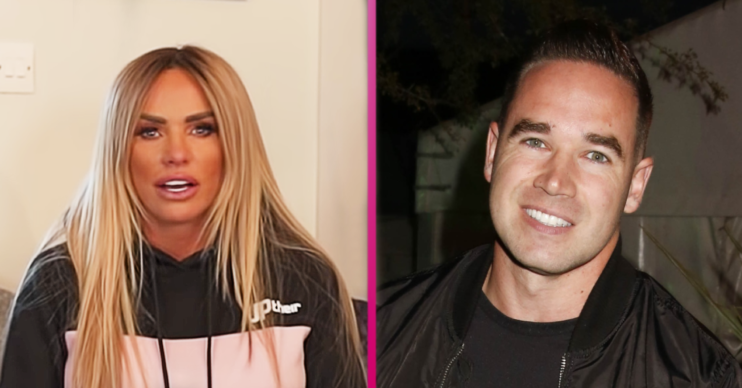 Katie Price and son Harvey are well known for highlighting causes that are close their hearts.

Now, she has won praise from ex Kieran Hayler after sharing a plea for understanding about the developmental disorder autism.

Harvey has the condition, so the subject is close to Katie’s heart.

And Kieran, married to Katie for seven years, praised his ex despite their fractured relationship.

Katie Price raises awareness of Harvey and his condition

Mum-of-five Katie took to the social media site to deliver the impassioned message.

The quote said: “Autistic children, adults and their families want to feel that they belong to their local communities just like everyone else.

“What keeps this from happening in many cases in my opinion is ‘ignorance’ and ‘fear’ of what is identified as being ‘different’.

“We need to question this prejudice and fear to replace it with raising much better awareness and updated information.”

How did Kieran react?

Kieran was one of a number of people who left messages of support.

The father of two of Katie’s children, Kieran simply left a raising-hands and folded-hands emoji.

And it wasn’t just Kieran who left messages of support.

Thank you for posting this. There is not enough acceptance for people with autism.

One fan said: “Thank you for posting this. There is not enough acceptance for people with autism. I have twin boys who are INCREDIBLE.”

Another wrote: “Wow well said, I know exactly what you mean here as I’ve got a special needs child myself, thank you, Katie.”

A third praised her and said: “Love this, Katie.”

The divorce is almost here

Kieran’s response comes after Katie was cleared to finally divorce him.

They married in 2013, but split in 2018 after Katie claimed that he had cheated on her.

It was said Katie had become frustrated with the lengthy divorce proceedings.

But a representative said: “They’re waiting for the decree absolute to drop through the letter box.”