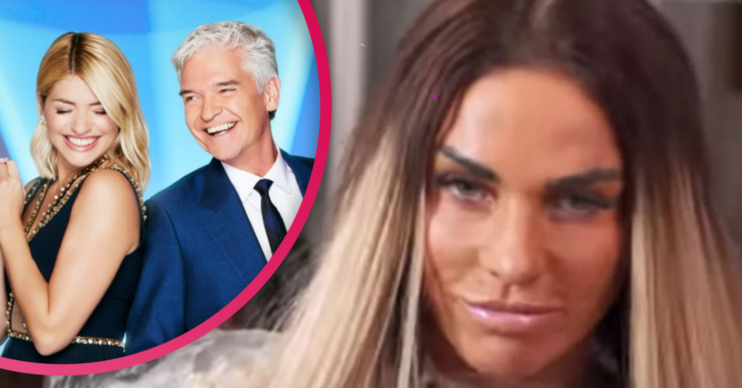 If she recovers in time

Katie Price is reportedly still in talks to appear on the upcoming series of Dancing On Ice – despite breaking both of her feet.

The 42-year-old former glamour model was rumoured to join the ITV series earlier this year.

But just months later, Katie’s ice skating dreams came crashing down after sustaining an horrific double break while on holiday in Turkey.

However, insiders have since revealed the mum-of-five could still be in with a chance of appearing.

Despite undergoing major surgery on her feet, Katie is hopeful she’ll be able to skate after meeting with show bosses.

A source told The Sun Online: “It’s Katie’s biggest goal to recover in time for Dancing On Ice next year.

“She’s been in talks with ITV and bosses say she stands a good chance of getting on the show if she’s recovered by then.

“It’s good for Katie to have a goal to aim for in the long recovery process.”

She was on holiday with new boyfriend Carl Woods and her children Junior and Princess at the time.

After flying back to the UK to receive medical treatment, Katie underwent a gruelling six-hour operation to help with her injuries.

The reality star took to Instagram to update fans over the weekend, sharing an image that showed her in a hospital recovery room.

She posted: “Wanted to update everyone who has been sending all the beautiful messages to me.

“So I’ve had my 6 hour op. Unfortunately more procedures was needed when they entered my feet than thought, but I’m lucky I have the chance to one day get on my feet again.

“Chelsea Westminster hospital nurses doctors have been amazing and the surgeons totally have my upmost RESPECT and absolutely FANTASTIC.

Very professional and have been very honest and straight with me to make me actually sink in my head the seriousness of my injuries MASSIVE THANKYOU.”

It was previously reported that the operation would involve “slicing open her heels and pins inserted”.

Ahead of Katie’s operation, doctors were said to have warned her of worst case scenarios.