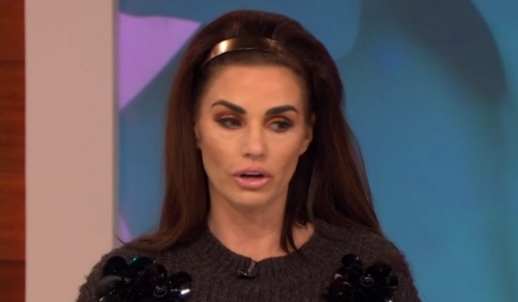 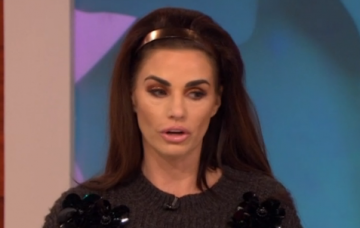 You can't say she doesn't try!

Katie Price stunned the Loose Women panel today by revealing plans to audition for The Voice next year.

The former glamour model has attempted to launch a singing career over the years but it’s never really worked out.

However, that hasn’t put her off trying and on Thursday’s episode of Loose Women, she shocked everyone by saying she’ll audition for The Voice next year.

Katie said: “I am actually going to do The Voice next year and I don’t care about telling you.

“I get so much stick about my singing when I know I can sing.

“If the judges turn around I can say, ‘Well, there you go. They turned around for me.’

Katie’s news came while the panel were interviewing Emma Willis, who returns to host the new series of The Voice this weekend.

Emma joked: “I don’t even know if the show is back next year!”

And she’s not the only member of the family hoping to achieve musical stardom in 2019.

She revealed son Junior, 12, and daughter Princess, ten, wanted to audition for The Voice Kids this year, but she’s told them to wait until next year when they’re older.

Music runs in their genes already as, of course, their dad is popstar Peter Andre.

Katie’s previous forays into the music world include finishing runner-up to represent the UK at the Eurovision Song Contest 2005 and recording an album of duets with then-husband Peter.

While Katie’s clearly excited about the opportunity, some Loose Women viewers were, er, less convinced…