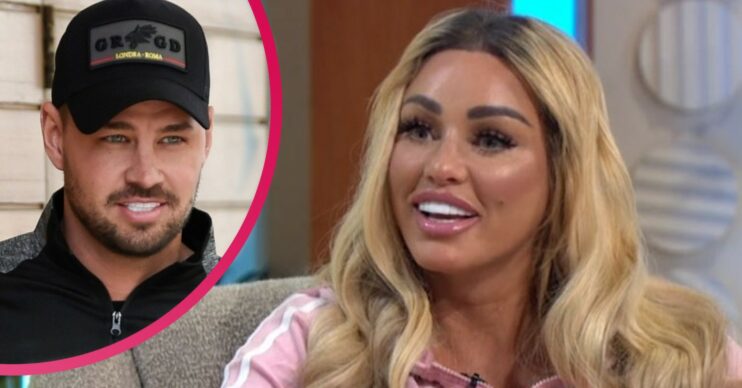 She's ready for another baby!

Katie Price appeared on Lorraine today and dropped a bombshell about having another baby.

The mum-of-five, 43, previously spoke about her desires to have a baby with her fiancé Carl Woods.

But now, the couple have started the process of IVF as she doesn’t have as many eggs as she wanted.

What did Katie Price say on Lorraine today?

Katie said: “We’re doing the IVF route. Although I feel young, my body is not.

“Each cycle you have, you lose eggs each time. I didn’t know that.

“Obviously I’m 44 this year and I haven’t got as many eggs as I wanted so we’re having to do IVF and we are doing it.”

Katie also said that she and Carl are planning to get married this year.

She said: “We’ll be getting married this year, IVF, happy. I can’t wait to have more kids.

“I’ve been with Carl nearly two years now and unfortunately for Carl, I broke my feet a month into our relationship.

“So he was my carer because I was in a wheelchair for eight months.”

Host Lorraine Kelly said: “But that’s an amazing test for a relationship.”

Katie replied: “Exactly. So he got to know very quick helping me in and out of the bath, on the toilet and stuff.”

The star went on to talk about her happiness and mental health.

Katie added: “I’ve realised now to get rid of so many people in my life. There’s hardly anyone left in it now.

“I’m too kind, people take my kindess as a weakness.”

Some viewers were quick to defend Katie after trolls targeted her following her Lorraine interview.

One said: “Not even going to look up what people are saying about Katie on #Lorraine.

“She might be a bit of a nightmare but she loves Harvey and she is much better than she was. I hope she’s happy.”