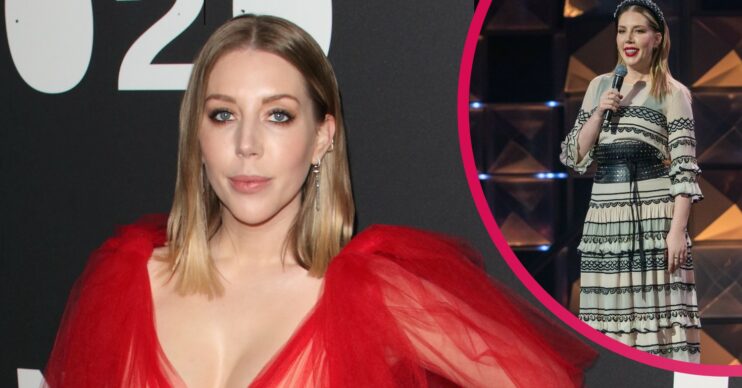 The new series will see some beloved comedy stars reveal their secrets.

Backstage With Katherine Ryan aims to highlight the behind-the-scenes secrets of some of the UK’s most beloved comedy stars.

The series aims to encourage comedy fans to return to live shows after lockdown brought the entire industry to a standstill.

Katherine hopes the series will showcase the best Britain has to offer.

“After having nearly two years of cancelled gigs, comics are as eager to get backstage as they are to get on stage again,” she said.

“We’ll be taking you with us behind the curtain and into our sacred space so you can share in the candid hilarity that happens before and after a gig. It’s a whole new way to experience the magic of stand-up.”

How will the new show work?

With 40 cameras set up backstage, each episode will firstly follow the main show, followed by the hijinks away from the audience.

Read more: Amazon Prime Video in September: Everything arriving from Cinderella to the full Charmed boxset

Firstly, we will see their pre and post-performance rituals, before observing the chemistry between the comics as they trade anecdotes.

(As well as this, we’ll enjoy the afterparty too!)

“This series is about peeking behind-the-scenes, giving the audience a backstage pass to comedy’s inner-sanctum.

“In Katherine we have the perfect host, and we’re delighted to be featuring some of the very best in the business across the series.”

Who will be appearing on Katherine Ryan’s new show?

On top of Katherine herself, there’s an a-list line-up of stars about to spill their secrets.

Backstage With Katherine Ryan will launch in 2022 exclusively on Amazon Prime Video.