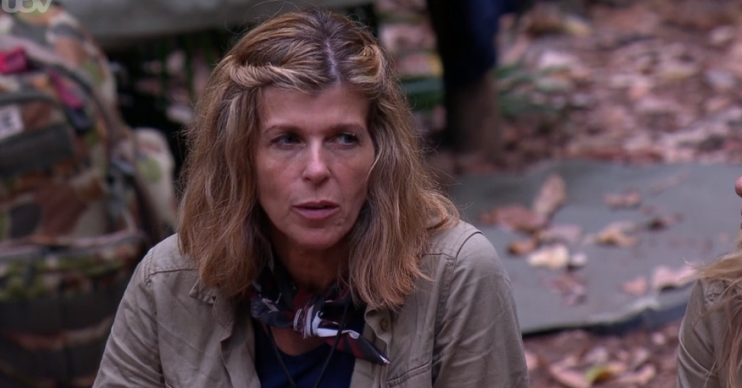 Kate Garraway’s husband has issued a warning to her I’m A Celebrity campmate James Haskell after their clash.

At the weekend, James snapped at Good Morning Britain star Kate over the Dingo Dollar question and he later slammed the “stupidity” of his campmates.

Kate’s husband Derek Draper has said he picked up on the look she gave James during the row.

Read more: I’m A Celebrity viewers demand to know why Kate Garraway was in the bottom two

Speaking to The Sun, Derek said: “I know the look Kate gave James only too well. It says, ‘Watch out! Any more of that and I’ll let loose.'”

Derek also told the publication that he thinks James is playing a “dangerous game” and will get “both barrels” from Kate if he continues.

He added: “If she feels strongly enough about something then, boy, will she have her say.

“I think James and her have very different ways of thinking but he would definitely gain from listening to her more. To be fair to him, though, it’s a lesson it took me a few years to learn and he’s only had a week.”

On Saturday night’s episode, James got frustrated when the camp couldn’t decide on which answer to give for the Dingo Dollar challenge question.

Kate then changed her mind and went with 57% to which James snapped: “Which one are you going for?”

Kate replied: “James we’ve got nothing else to do, it’s okay.”

Speaking to Andrew Maxwell later, James said: “It irritates the [bleep] out of me, it’s simple, explain what the question is and put your hand up.

“It’s a [expletive] circus of stupidity. I can’t do it, I’m too intelligent and too switched on… just put your hands right up!”

Viewers slammed James on Twitter, with many calling for him to be voted off after his clash with Kate.

One person said: “James has to be the next to leave, he’s so irritating!”

James has to be the next to leave, he’s so irritating! 🤬😤 #ImACeleb

Another wrote: “Okay but why is Kate apologising when James is the one that went off at her. He just has such a arrogant/angry tone.”

A third added: “James needs to leave!! Please no one vote for him.”

james needs to leave!! pls no one vote for him❗️ #ImACeleb