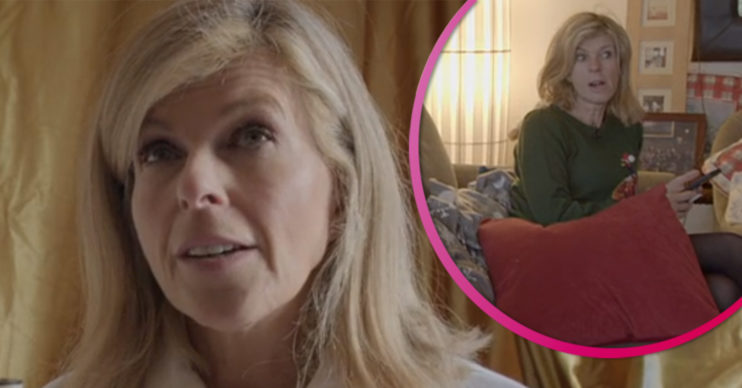 Kate Garraway thanks fans after reaction to Finding Derek documentary

Kate Garraway has thanked fans for their “love” after her Finding Derek documentary.

The presenter‘s husband Derek Draper has been in hospital since March last year as he battles the after-effects of COVID-19.

What did Kate Garraway say about reaction to the documentary?

In a message to GMB, which was read out by her co-stars Susanna Reid and Ben Shephard, Kate wanted to thank fans “for all the love”.

Susanna said: “Also we have to say, Kate has been in touch. She wants to say a huge thank you for all of the love this morning.

“There has been a huge response to Finding Derek last night, hasn’t there Ben?

“We know so many of you have been touched by her story.

“We have spoken to Kate and she will be back in tomorrow morning for Thursday’s show.”

She wants to say a huge thank you for all of the love this morning.

The presenter added: “But she says she is reading every single message and she is really grateful for the support.”

It comes after viewers praised Kate for the documentary and some defended the star after trolls made comments about her house.

Kate explained in the documentary that she was renovating her home to ensure it was perfect for Derek when he returns home.

However, some trolls criticised her house and called it ‘messy’.

Many viewers slammed the comments and took to Twitter to defend Kate.

One person said in response to a troll: “Says more about you than Kate when you watched such a heartbreaking programme and that’s what you took from it!”

A third wrote in reply to another troll: “Where do you think she gets the time considering she’s under considerable stress?!”

Despite the trolls, Kate received an outpouring of love as the show aired.

Many praised Kate’s “remarkable” strength and branded her an “inspiration”.

One said: “Wow Kate Garraway is quite remarkable… in awe of her strength.”

Another gushed: “@kategarraway What an extraordinarily strong person you are! Just watched #FindingDerek and my god – you and your family are an absolute inspiration. Stay strong.”

What did you think of the doc? Let us know on our Facebook page @EntertainmentDailyFix.