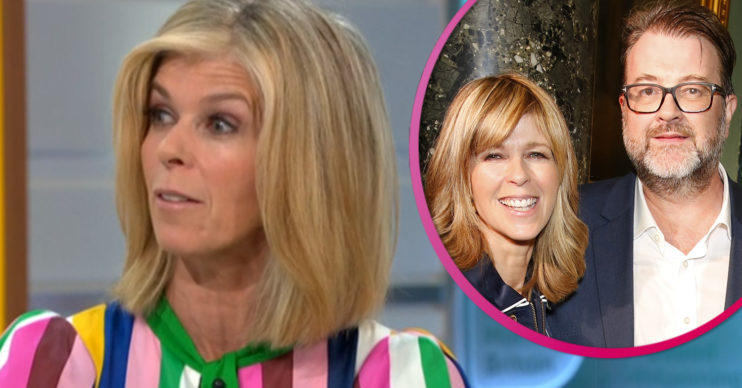 TV’s Kate Garraway has revealed she might be able to visit husband Derek Draper in hospital today.

On Tuesday’s Good Morning Britain, the presenter said the nurses are putting the show on for Derek today.

Her Ben Shephard asked: “Glad you’re back, all good?”

Kate said: “Yep all good. I might be able to go and visit Derek after the show today.

“In fact, the nurses are going to put Good Morning Britain on for him.

“Obviously we don’t know what he can hear and see but they’re going to put it on this morning.

“They didn’t actually realise I was on air yesterday but they’re focusing on priorities, they’ve got a proper job.”

Kate added: “See if there’s any reaction, we’re trying anything at the moment.”

Meanwhile, on Monday, Kate made her return to Good Morning Britain for the first time in over three months.

As her first day back got underway, Kate admitted there had already been a slight disaster.

She told co-star Ben Shephard: “Quite a lot’s gone wrong this morning already.

“Car picking me up didn’t show up.

“I came into work and a poor, very senior person called Daniel came in early to make sure my computer worked, because I’m legendary for being useless with computers.”

I might be able to go and visit Derek after the show today.

She continued: “And having been away for three months… and just as I arrived it went into a two hour update. So getting in early was utterly wasted.”

Her return to the show came after doctors had suggested she get back to work and some normality.

Read more: Kate Garraway supported by Ben Shephard and co-stars as she returns to work on GMB

During an interview on the programme last week, Kate told Piers Morgan and Susanna Reid: “The doctors have said you’ve got to get on.

“They’re kind of worried about me. I’m going to come back on Monday.