He said: "I love you but I have to leave you"

Kate Garraway has been overwhelmed by support from Good Morning Britain viewers and wanted to offer an update on husband Derek Draper.

She appeared on this morning’s show and gave an incredibly emotional interview to her friends and colleagues Ben Shephard and Ranvir Singh. 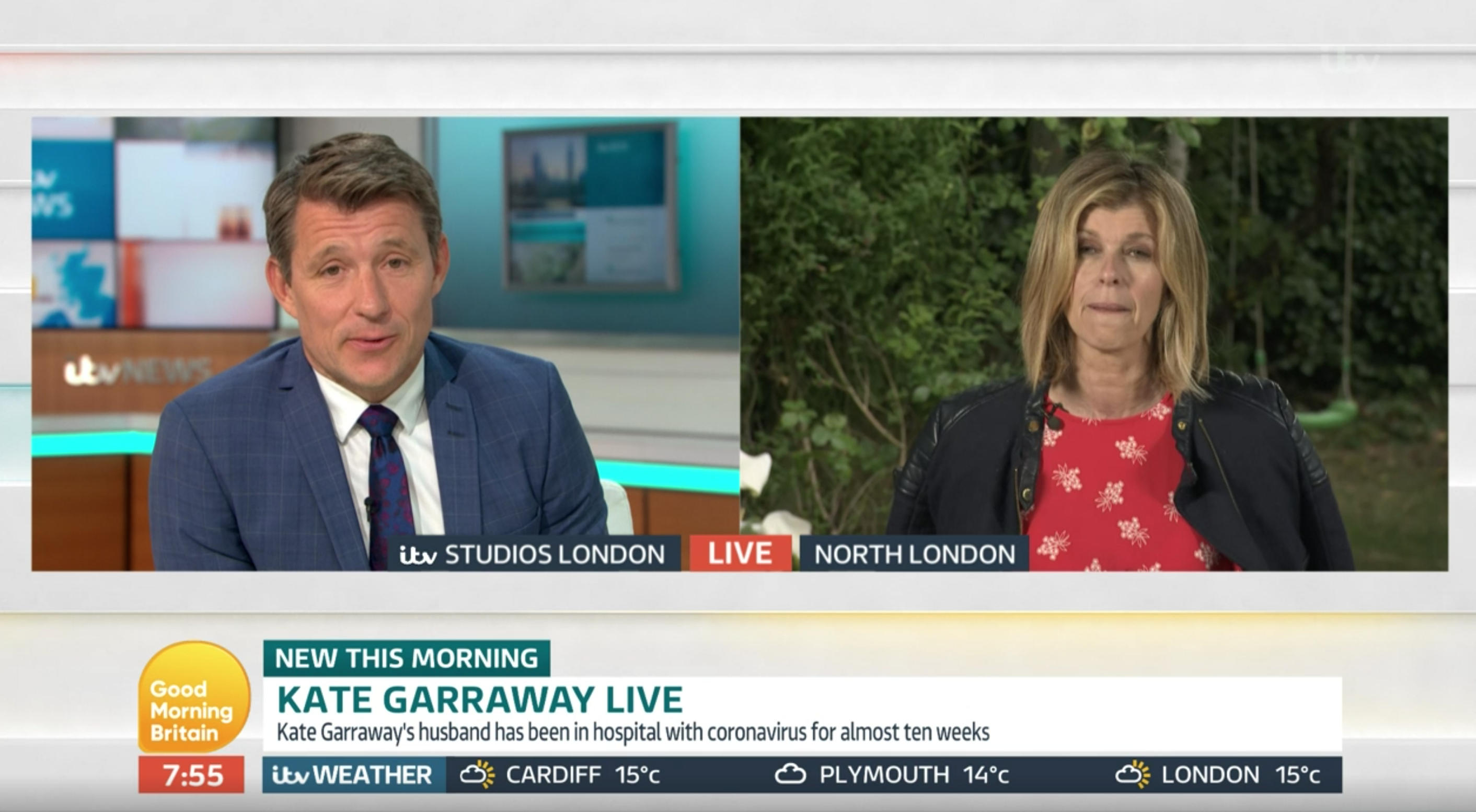 The 52-year-old explained that Derek – who has been in intensive care for almost 10 weeks – is now COVID-19 free and no longer in an induced coma.

But the mum-of-two added that the virus had wreaked extraordinary damage on his body – and they don’t know if he can recover.

Kate also recounted how they first noticed Derek potentially had the killer virus as he was experiencing unusual symptoms and breathlessness.

Dr Hilary advised they call an ambulance and Derek was admitted to intensive care, where his condition deteriorated.

Heartbreakingly, Derek begged Kate to get doctors to put him in a coma, because he couldn’t stand the “suffocating” feeling.

On April 5, doctors took the decision to put him under to try to save his life.

Kate revealed the final words they shared over the phone, recalling: “He said, ‘I love you but I have to leave you’.

“I said, ‘It’s only for 3 or 4 days, you’re gonna be fine. This is good because this is what you wanted and it will allow you to rest.

Ben Shephard was on the edge of tears as he said goodbye to Kate after her brave interview.

Piers Morgan watched from home and tweeted to send love, saying he was praying for a miracle.

He wrote: “Wow. Such a moving, emotional, inspiring interview on GMB with my fabulous friend about her family’s turmoil.

“So proud of you Kate, as Derek would be too.We’re all behind you, hoping and praying for a miracle.”

Wow. Such a moving, emotional, inspiring interview on ⁦@GMB⁩ with my fabulous friend ⁦@kategarraway⁩ about her family’s #coronavirus turmoil. So proud of you Kate, as Derek would be too. We’re all behind you, hoping & praying for a miracle. 🙏 pic.twitter.com/qmVrGhRKQD

Co-star Susanna Reid tweeted her own message of support.

Oh @kategarraway you are such a tower of strength for Derek and the children. So much love for you all. Everyone watching is with you, hoping for that miracle. ♥️

So proud of our @kategarraway – speaking with bravery and from the heart about her husband Derek’s fight against #covid19. Please everyone take care of yourselves amid this crisis.