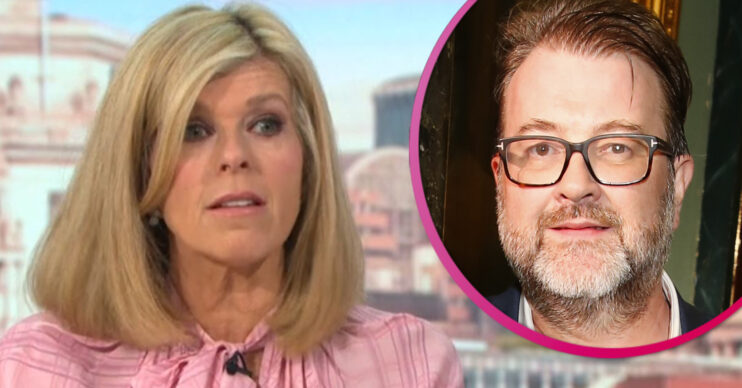 Derek is recovering from his COVID-19 battle

Kate Garraway has revealed she hopes her husband Derek Draper can attend the National Television Awards with her.

Derek has been recovering from COVID-19 at home since April  after spending over a year in hospital.

Back in March, Kate told Derek’s story in ITV documentary Finding Derek which has now been nominated for Best Documentary at the NTAs.

Speaking about the nomination on Good Morning Britain today, Kate’s co-star Charlotte Hawkins said: “You’ve obviously got experience of dealing with the aftermath of coronavirus and what that can mean for Derek and the family.

Read more: GMB viewers call out Charlotte Hawkins and Kate Garraway for ‘interrupting each other’

“And congratulations to you because your authored documentary Kate Garraway: Finding Derek has been shortlisted for a National Television Award.

Kate replied: “I didn’t know until I read the papers this morning.

“It’s wonderful for the production company and for Derek.

“I was just looking and the ceremony – is it the 9th September?

The mum-of-two added: “I was trying to work out the dates and see the logistics of how that might work.

“There’s some brilliant people in the category, there’s some fantastic documentaries, I don’t think for the moment we’ll win.

“But it would be lovely for him to be there.”

Viewers praised Kate on Twitter, with many hoping she’ll be able to attend with Derek.

One person said: “I hope & [pray] that your Derek is well enough to come to the awards with you Kate.”

What did viewers say about Kate and Derek?

Another wrote: “Absolutely Kate. If Derek was well enough to attend that would show you both how far Derek has come & the journey you both have been on even better if [you] win [the] award! Rooting for you both!”

A third added: “I will [pray] for your Derek to be well enough to attend the awards Kate.

“I read your book and it would be lovely to see Derek at the awards.”