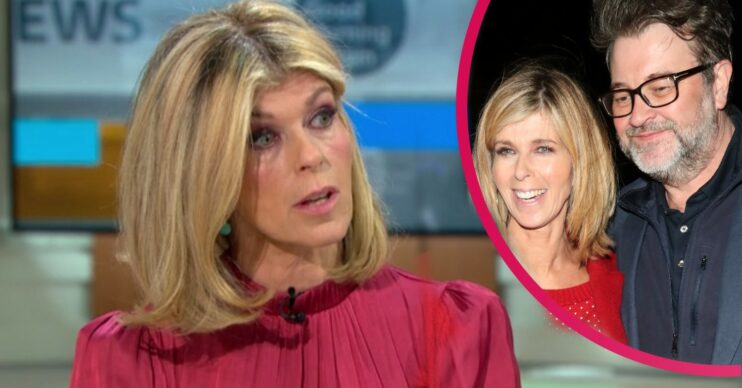 She said it 'broke their hearts'

The revelation comes after allegations of Christmas parties held by Tory party members.

Kate, 53, said her in-laws had made a “sacrifice” and it “broke their hearts”.

What did Kate Garraway say about Derek on today’s GMB?

Speaking about the allegations on today’s show, Kate said: “The children couldn’t see him and hadn’t been able to for a long time and we were hoping things might loosen you know with Christmas spirit.

She added: “Derek’s parents, most movingly I think, I kept on saying to them ‘I’m sure there’s a way to make it work for you to see him it’s been 10 months’ and they were resolute.

“It was breaking their hearts.”

Derek, who had contracted Covid in the spring of 2020, was still in hospital at Christmas time.

Restrictions meant he could not receive any visitors.

“And I thought ‘Gosh you are absolutely right and that’s an absolute sacrifice you are willing to make’.”

Kate was speaking about the allegations that a Christmas party took place on December 18, 2020, during Tier 2 restrictions.

This meant that many around the country could not socialise with members of different households.

And today, there are further allegations of a second Christmas party held by Tory aides, and even a quiz night on a separate night.