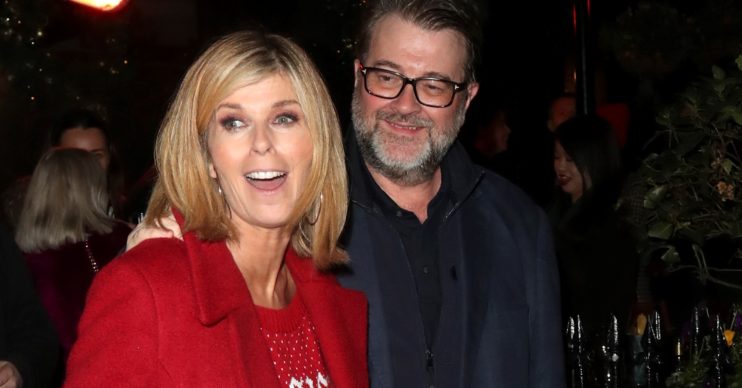 She said: "They have lost – for the time being, let’s pray – their dad and he’s their world."

Kate Garraway has spoken on GMB of her efforts to appear okay for her two children as she’s struggled with anxiety over husband Derek Draper’s coronavirus battle.

During an emotional interview with Ben Shephard and Ranvir Singh, the presenter revealed Derek’s words wring in her ears when she gets upset.

Talking about the couple’s two children, Darcey, 14, and Billy, 10, she said: “I have felt for the past few weeks I’ve had two jobs – try and do the best for Derek… and I know what Derek would say, ’Don’t worry about me, look after them, that’s your job.’

“And whenever I have felt like I had to go into the toilet and have a moment, I know he’d be saying, ‘What are you doing? You’re a mother, get out there.’

The 52-year-old then revealed that actually the children have been a tower of support for her.

‘I grew this for Dad’

“They have been amazing, from finding moments to laugh because I am very aware that I have been very sad and anxious and focused on Derek.

“And I just have to think, I need them to feel safe, they have lost – for the time being, let’s pray – their dad and he’s their world.

“They need to see that their mum is okay.

Adding how helpful and practical they have been, Kate explained: “They’ve been doing so many things.

“Just before lockdown, the last weekend Derek was well, Darcey said, ‘We need to go to the garden centre and get vegetables. The supermarkets have run out of food.

“So… I don’t know if you can see, there’s loads … she dug up an area I hadn’t planned on digging up and planted loads and loads of vegetables.

“We’ve started to eat them. She grew radishes and she said, ‘I don’t even like radishes, I grew this for dad. And he’s still not better.’

“I said we can plant more.”

Kate then revealed Darcey had even prepped her for the Good Morning Britain appearance.

“She knew I was going to be talking to you this morning so she said, ‘We need to cut your hair,” smiled the former I’m A Celeb star. “So she cut my hair, I’m not sure it’s ideal!