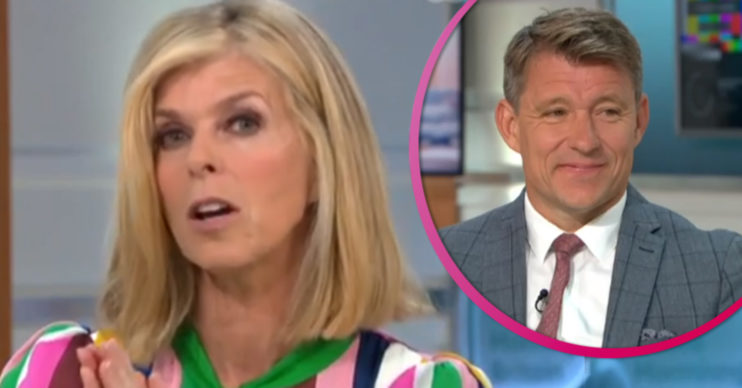 Kate Garraway has told Ben Shephard he “healed her” as her husband Derek Draper remains in hospital.

Derek was admitted to intensive care in March with coronavirus and now he’s free of the killer virus but it’s ravaged his body so he remains in a coma.

On Tuesday’s Good Morning Britain, Kate and Ben were discussing the news that NASA reckon star signs have shifted and zodiac signs may be wrong.

Ben discovered that he is now considered an Ophiuchus, which is the snake bearer and for people born between November 29 and December 17.

You are a bit of a healer. You healed me.

Ben said: “I liked being Sagittarius.

“Sagittarius – always ready to learn, have a spirit of independence, love the idea of finding freedom, you’re fun to be with, sexy without even trying…”

Kate added: “You’re not Ophiuchus which is passionate, a healer and flamboyant.”

Earlier in the show, Kate revealed she might be able to see Derek in hospital today.

At the start of the prorgramme, Ben asked: “Glad you’re back, all good?”

Kate said: “Yep all good. I might be able to go and visit Derek after the show today.

“In fact, the nurses are going to put Good Morning Britain on for him.

“Obviously we don’t know what he can hear and see but they’re going to put it on this morning.

“They didn’t actually realise I was on air yesterday but they’re focusing on priorities, they’ve got a proper job.”

Kate added: “See if there’s any reaction, we’re trying anything at the moment.”

During an interview on the programme last week, Kate told Piers Morgan and Susanna Reid: “The doctors have said you’ve got to get on.

“They’re kind of worried about me. I’m going to come back on Monday.