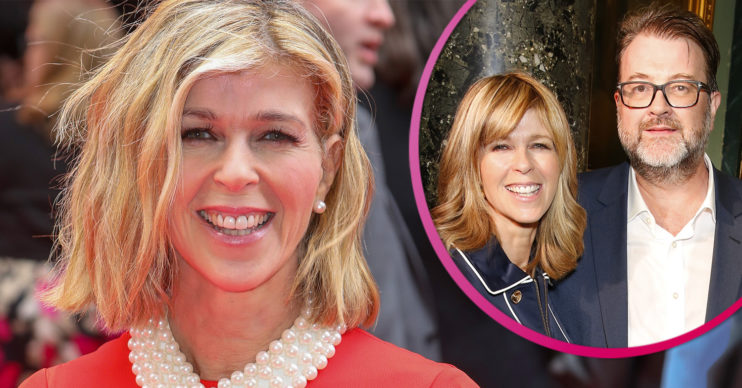 GMB: Kate Garraway admits to ‘tough day’ as she spends wedding anniversary away from husband Derek

Husband Derek is still in hospital

GMB host Kate Garraway revealed that she can’t see husband Derek Draper on their 15th wedding anniversary amid his battle with the after-effects of coronavirus.

The presenter, 53, returned to Good Morning Britain this morning (Thursday September 10) and admitted that it was a “tough day”.

Kate, who had announced she was taking a break from the show last month, was back on presenting duties.

They have since had two children together, Darcy, 14 and William, 11.

'You have to think at least here's here with you, you just have to keep going.'

Today is @Kategarraway and her husband Derek's 15th wedding anniversary💍

She won't be able to see him but we are sending all our love and congratulations. pic.twitter.com/LxttbgdWxs

Read more: Adil Ray brands Kate Garraway an ‘inspiration’ and reveals she ‘still has fun’ behind the scenes

Tragedy struck the family back in March when Derek was taken ill with COVID-19.

After spending time in hospital, he was put into an induced coma.

Now, despite being COVID free, he remains in hospital and in a critical condition.

Kate continued on GMB: “What an extraordinary thing.

“I won’t be able to see him today, I kind of hoped I would but it wouldn’t work out that way for a visit… but maybe it would be a bit strange anyway.

So yeah, it’s a tough day but he’s still here. There’s not a huge amount of change.

“So yeah, it’s a tough day but he’s still here. There’s not a huge amount of change.”

“But you have to think, at least he’s here with you,” she concluded, ” you have a flicker and then a bad day but you have just got to keep going really.”

Why did Kate return to work?

Kate confirmed her return to work last week, both to GMB and her Smooth radio show.

She admitted that her return was so Derek could hear her voice.

“I’m delighted to be returning to my morning show on Smooth and to my Global family who have been a big support to me,” she told the radio station’s followers on Instagram.

“Things are still hugely challenging and a long way from being normal, but I’d like to think that this will give Derek yet another opportunity to hear my voice as well as many of the songs we both love.”

Kate also confirmed that Derek lost eight stone while he was in a coma.