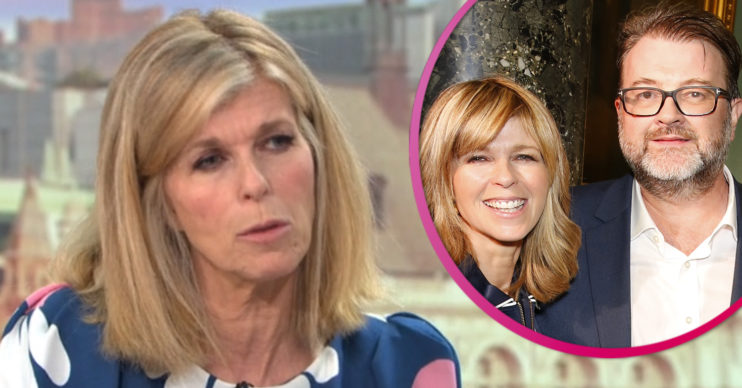 Kate's husband Derek has been in hospital since March

Kate Garraway revealed she’s been judged for “laughing” and “joking” on Good Morning Britain as her husband Derek Darper remains in hospital.

Derek has been in hospital since March as his body recovers following his battle with coronavirus.

On Wednesday’s GMB, Kate spoke about the critism she’s received ahead of an interview with paramedic Laura Heath, who was slammed for posting a selfie during the coronavirus pandemic.

Kate said: “With me doing this show, if we’re having a laugh and joke, because that’s our job in the morning to cheer everybody up, people then say does that mean you’re not worried about Derek or you’re not feeling sad about it.

“They see her posting and posing when she should be saving lives, not really understanding we’re all human and the most important thing is we have to laugh and smile.

Meanwhile on the show, Kate opened up about celebrating Derek’s birthday last weekend.

Kate said: “It was Derek’s birthday on Saturday as well, which was obviously a challenging one under the circumstances.

She continued: “It’s very challenging, they’re [the kids] are doing brilliantly with it though.

Derek was admitted to hospital back in March with coronavirus. Days later, he was moved into a coma and only began opening his eyes last month.

People then say does that mean you’re not worried about Derek or you’re not feeling sad about.

Earlier this month, Kate revealed she feels grateful her husband is still with her.

But she said he continues to face “challenges” with a number of aspects of his health.

Kate said on GMB: “There seems to be different challenges every week.

“I feel conscious of… I know everybody’s been so lovely, and it’s terrible isn’t it that there’s so many people out there with people who are sick.”

She added: “It was a worrying week last week. He’s still got lots of challenges.