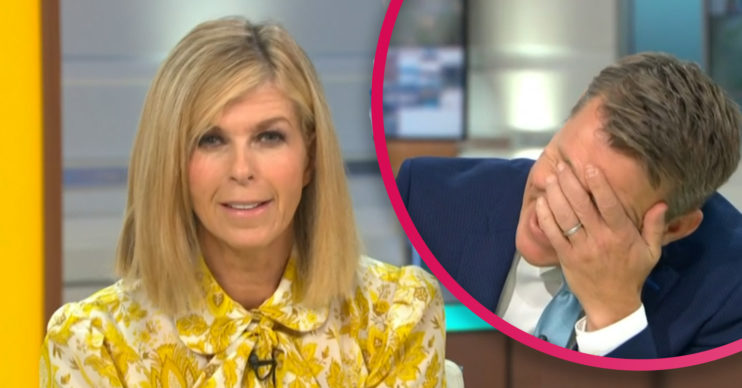 Good Morning Britain fans pointed out the blunder on Twitter

The Good Morning Britain presenter returned to the breakfast show last month as her husband Derek Draper continues to recover from COVID-19.

Ahead of her comeback, Kate explained that she would be returning to the show just two days a week to ease herself back into work.

The presenter explained that she would be fronting GMB with pal Ben Shephard every Monday and Tuesday.

So when she opened the programme this Wednesday morning, viewers tuning in at home were taken by surprise.

Taking to Twitter afterwards, one wrote: “Kate so lovely to see you today..hope kids are having great time with grandparents..ben try and stay awake..#gmb.”

Another then commented: “@GMB was surprised to see @kategarraway sitting there since it’s Wednesday. Thought she was back only for 2 days a week. Good to see her of course….extend her week.”

However, while viewers were made up to see Kate back on their screens on a Wednesday, they couldn’t help but notice she was suffering a makeup malfunction.

According to viewers tuning in at home, the host’s eyelash extensions hadn’t been applied properly.

So much so that some were partially falling out.

Fans tried to alert Kate to the makeup mishap on Twitter.

One wrote: “@GMB please can someone tell @kategarraway her eyelash is hanging off keep waiting for her to sort it out.”

Another then added: “@kategarraway Hope you are well #looking good Your left eyelash is falling off the his morning.”

Kate must have been checking her Twitter feed in between ad breaks as the makeup mishap has since been fixed.

Annoyingly for the Good Morning Britain presenters, they are currently having to do their own makeup before going on air.

This is because makeup artists are being forced to keep their distance due to social distancing measures.