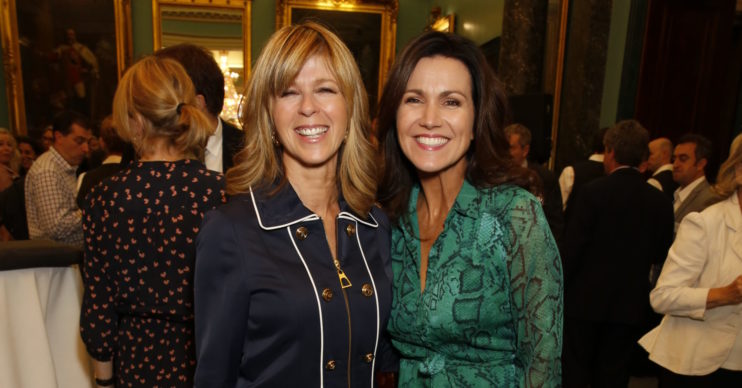 TV’s Susanna Reid has revealed her Good Morning Britain co-star Kate Garraway is “hoping for a miracle” as her husband remains in hospital.

The media personality’s husband Derek Draper is currently fighting for his life while in a coma after experiencing severe COVID-19 symptoms.

Following her emotional interview on the ITV show last week, co-host Susanna admitted watching her struggle has been “heartbreaking”.

Kate is hoping for a miracle

“She has such strength even to be able to put into words what she and their children are going through.

“Derek… has been in intensive care for almost three months after contracting Covid-19 in March.

Read more: Where is Piers Morgan? Why is he not on GMB today?

“Derek is a strong, clever, insightful man devoted to his gorgeous wife and children.”

Kate, 53, and her children Darcey and Billy remain at home as her 52-year-old husband continues his ongoing battle in hospital.

The TV star broke her silence during an emotional interview on GMB last week.

Mum-of-two Kate explained that Derek was now free of the killer virus. But it has has done so much damage to his body it is unclear whether he would recover.

Opening up to hosts Ben Shephard and Ranveer Singh, she said: “He’s now COVID-free, the fight of the virus has been won.

Kate then spoke of the final words she exchanged with her husband of 15 years before he was placed in an induced coma.

While earlier this week, Susanna and co-host Piers Morgan took a few moments to reflect on Kate’s turmoil on the morning show.

The couple, who married in 2005, previously scrapped their planned marriage renewal due to the pandemic.

Kate’s rep revealed: “Kate’s husband, Derek Draper, has been taken to hospital and is being treated in intensive care with a confirmed case of COVID-19.”