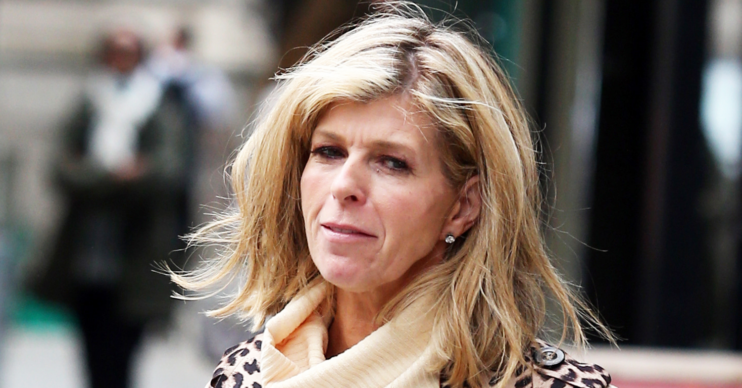 Kate Garraway has been happily married to husband Derek Draper since their fairy-tale big day back in 2005.

In sickness and in health, Kate has been a pillar of strength amid Derek’s continued recovery from COVID-19, which saw him hospitalised for a year.

He’s been there for her too over the years, with the two proud parents to kids William and Darcey.

But did you know that Kate was married before Derek? And that she once feared an “awkward” reunion with her ex, who was accused of “cheating” on her?

Read on for more.

However, four years later it was all over after Kate reportedly kicked him out over claims he’d cheated on her.

It was alleged that Ian had an affair with a younger TV presenter – something he always denied.

And Kate was left livid at reports that it was her long hours and 2am starts that led to the break-up.

Why did Kate split from first husband?

According to a report in the Sunday Mirror at the time, Ian claimed the split was due to their unsociable working hours.

However, a close friend denied that was the case and said: “The marriage breakdown is nothing to do with the hours they both work.

“Kate is not impressed that he is pretending it is. She says he was cheating on her for some time and that’s why she threw him out.”

Ian fired back and insisted: “There is no one else involved, I’m not seeing anyone.”

However, the comments left Kate “dismayed” and she released a statement to say as much.

“It’s always terribly sad when a marriage comes to an end. I’m disappointed that what’s a very private matter has been brought into the public domain,” she said.

“I was dismayed by reports in the papers because they are substantially inaccurate.”

However, after meeting when they worked together on Meridian, their paths did of course cross again.

Fast-forward to 2010, when Ian was brought in as GMTV’s new boss.

Of course, Kate was working on the show as a presenter, and she was happily married to Derek.

So it was only natural that she felt some nerves ahead of his first day.

He said: “I’ve always had the utmost respect for Kate as a TV journalist and presenter. She’s enormously experienced and talented.”

But Kate readily admitted her fears.

“Before he started, I did think, what is this going to be like? This could be weird or really awkward. You would, wouldn’t you?” she said.

However, Kate admitted that the reunion wasn’t as bad as she thought it would be.

She said at the time: “Seeing as we’re both working together at the moment, we obviously get on and have a lot in common.