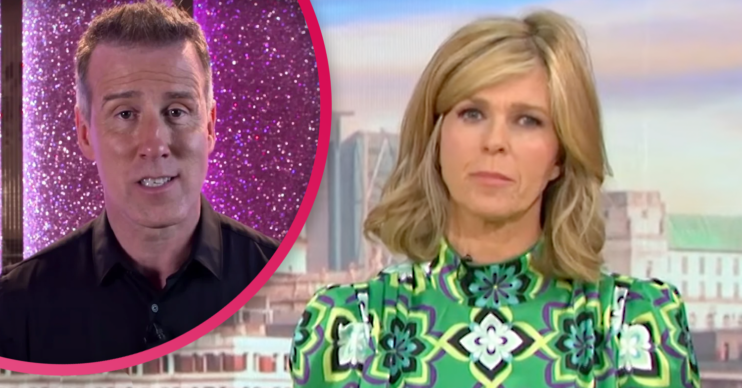 The allegations took place when she was on Strictly

Good Morning Britain host Kate Garraway could not be more devoted to her husband Derek Draper, who spent over a year in the hospital battling coronavirus.

The pair wed in 2005 and were as in love as ever when Kate signed up for Strictly Come Dancing in 2007.

But the following year she had to take legal action when false allegations were made about her relationship with dancer Anton Du Beke, who she was paired with on the BBC ballroom contest.

Kate Garraway ‘hurt’ by rumours she cheated on husband Derek

The Good Morning Britain star – who said she was “extremely hurt” by the false claims in the Mirror and Sunday Mirror – won her case and Mirror Group Newspapers accepted the allegations were not true.

It also agreed to pay substantial damages to the TV star, who now fronts her own Saturday morning show, Garraway’s Good Stuff.

Speaking after winning her legal case, the presenter said she was glad it was over.

“No one likes to take legal action against a newspaper but I could see no alternative,” she said.

“The way my friendship with Anton was twisted into something sordid was terribly unfair and upsetting. I wanted everyone to know that what had been written was completely wrong.”

Derek also spoke out, saying in a statement that the false story had been “deeply upsetting”.

“I have always been glad that Kate and Anton became such good friends and felt sick when that was distorted into something else entirely,” he said.

He said women and men should be able to be friends “without people leaping to the completely wrong conclusion”.

Anton was also cross about the fake stories

Anton later told the Mail: “I was cross because the suggestion was made that something was going on, when it wasn’t. The people who make these allegations have no concept of the distress they cause. They don’t care.

“I don’t understand why two people can’t just be friends.”

The dancer noted that Kate had won damages but asked if that was “enough”.

I was cross because the suggestion was made that something was going on, when it wasn’t.

He told the paper that people like that needed to be “made to answer questions”.

“In fact, I think they ought to be slightly humiliated themselves,” said the star.

Garraway’s Good Stuff is on ITV on Saturdays at 8.30am.