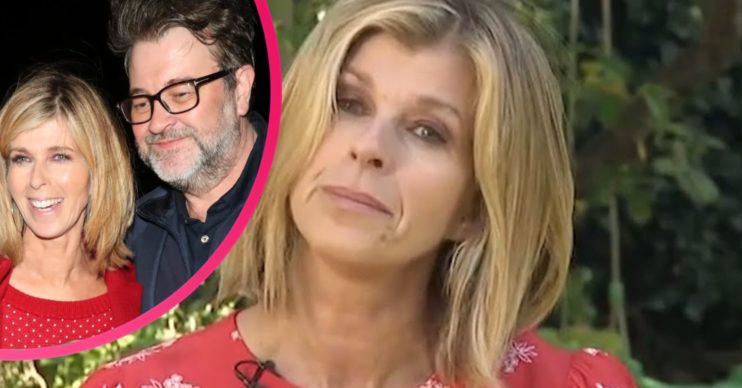 The GMB star was left not knowing

Kate Garraway has opened up about the moment she mistakenly believed her husband Derek Draper had died.

Derek has been in hospital for a year after he contracted coronavirus.

He was placed in a coma by doctors to help him fight the virus.

However, Derek’s major organs have been affected by the disease, and doctors are unsure if he’ll recover.

Kate Garraway told her husband ‘may’ have died

In an interview with The Sunday Times, Kate revealed that there was a moment she was accidentally told that Derek “may have died”.

“He may have died. Somebody will call you back,” Kate says she was told.

“I was just sitting on the phone, waiting to know if he’d died or not,” said the GMB star.

However, it turned out it was a mistake in the end.

She added: “Then it turned out that somebody had died who had a similar name to his.”

Derek has since beaten Covid-19, but is yet to gain consciousness from his induced coma.

He is now the longest surviving Covid-019 inpatient in the UK.

Kate went on to share how she felt when she first realised that her husband may never recover.

“I just thought, this is a horror story.

“I don’t know if he’ll ever have any kind of life again. We just don’t know.”

GMB star gets her own documentary

ITV said: “In a special one-off film, Kate Garraway offers an intimate insight into coping with the impact of COVID-19 as her husband Derek Draper remains seriously ill a year on from contracting the virus.

“Presenter and journalist Kate offers an unflinching account of the profound effects on her family and on others as she opens up on camera for the first time on the reality of the past 12 months.”