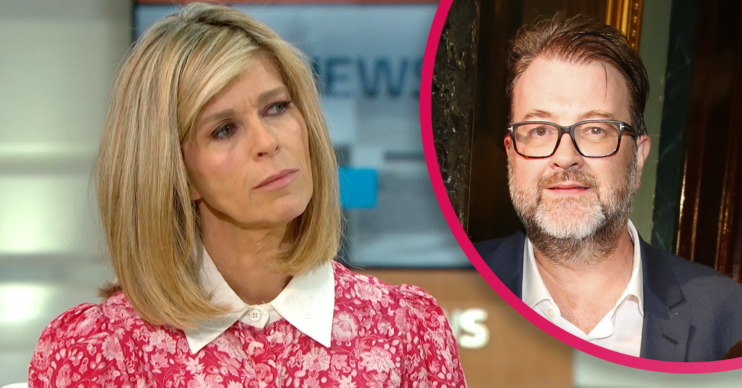 Derek has been 'devastated' by COVID

And, after yesterday’s explosive Dominic Cummings claims, Kate was on the show to offer her opinion.

Kate appeared visibly emotional while chatting to Ben and Susanna.

And, as she questioned the government’s handling of the pandemic, she also reflected on how things could have been “different” for her beloved Derek.

“I spend a lot of time reflecting on how things might have been different, in lots of ways.

“Both in the government’s handling of it, the scientific advice and the doctors’ advice specifically to Derek.

It was definitely confused wasn’t it? I think hindsight is a wonderful thing but it doesn’t mean we shouldn’t address what went wrong.

“It was definitely confused wasn’t it? I think hindsight is a wonderful thing but it doesn’t mean we shouldn’t address what went wrong.”

Kate added: “Obviously there were things that could have helped.

“Just as there were doctors who said we could have given this medication at this point, we now know it would have definitely helped, but at the time we feared it might have killed him.”

Speaking about the government’s handling of the pandemic, Kate then stated that things should have been done differently.

She said: “I am quite generous to the government generally that they were looking at a situation and thinking what is going to be the most harmful?

Read more: Kate Garraway reveals Derek’s touching words to her on her birthday

“If, as Cummings said, Boris Johnson was more obsessed with the economy, maybe he genuinely believed that was the biggest risk.”

However, she added: “It doesn’t mean to say that things like planning for a pandemic and planning for a lockdown… that should have been something that was in place.”

How is Derek Draper doing?

Derek is home from hospital but still have a long way to go, Kate has said.

Last week she revealed that he has been “devastated” by COVID.

She also revealed that her husband – who she shares kids Darcey and Billy with – can’t really move.

Head to our Facebook page @EntertainmentDailyFix and tell us what you think of Kate’s comments.