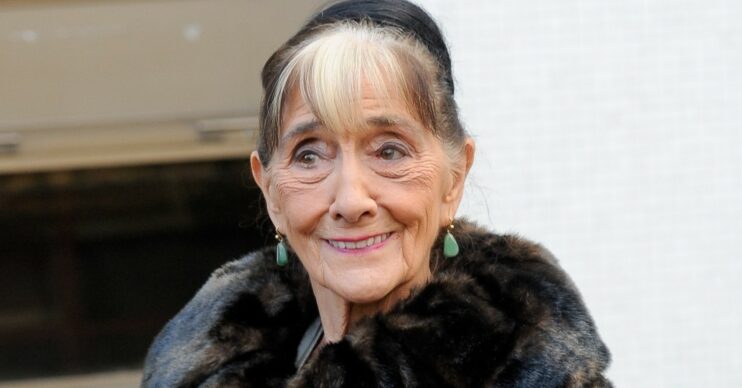 June died on Sunday at the age of 95

Following the death of June Brown, The One Show has announced plans to pay tribute to the legendary actress.

EastEnders icon June sadly died on Sunday (April 3) at the age of 95, her family and the soap confirmed today.

Tributes to June have poured in across social media and BBC’s The One Show plans to do the same tonight.

The BBC show, which airs at 7pm tonight, will be remembering the actress.

Read more: When was June Brown’s last scene in EastEnders? Why did she leave the soap?

The show’s Twitter page announced today: “Tonight we’ll be paying tribute to June Brown who has sadly passed away at the age of 95.

“June is best known for playing the legendary Dot Cotton in #EastEnders.”

Tonight we’ll be paying tribute to June Brown who has sadly passed away at the age of 95.

It comes after EastEnders paid tribute to June with a heartbreaking statement today.

It read: “We are deeply saddened to announce that our beloved June Brown, OBE, MBE sadly passed away last night.

“There are not enough words to describe how much June was loved and adored by everyone at EastEnders, her loving warmth, wit and great humour will never be forgotten.”

In addition, the soap said: “June created one of the most iconic characters in Dot Cotton.

“We send all our love and deepest sympathies to June’s family and friends.

“A very bright light has gone out at EastEnders today – we shall all be raising a sweet sherry in June’s memory.

“Rest in peace, our dearest June. You will never be forgotten.”

Meanwhile, tributes have poured in from fans also on social media following the news.

One person said on Twitter: “My heart. I was not ready for this today. RIP.”

In addition, another wrote: “RIP June Brown. Legend doesn’t even come close. What a life and what a career.”

After that, a third added: “Very sad to hear June Brown has passed, what an icon.”

Another tweeted: “Very sad news regarding June Brown. An absolute legend on and off screen.”

Leave your tributes to June on our Facebook page @EntertainmentDailyFix.

EastEnders June Brown The One Show