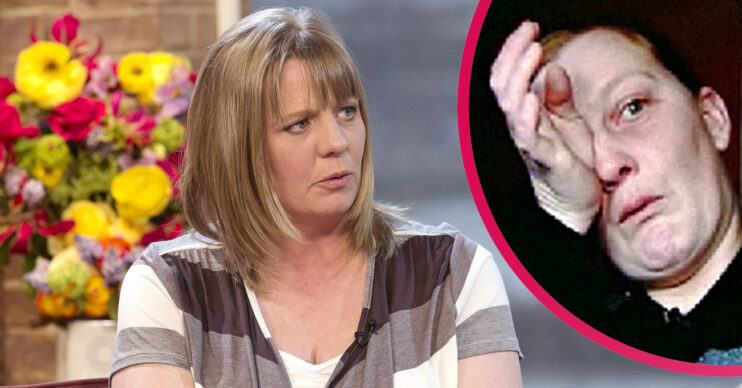 The Disappearance of Shannon Matthews: Is Julie Bushby still friends with Karen Matthews?

Julie was a tower of strength when Shannon 'went missing'

When Shannon Matthews went missing in February 2008, Julia Bushby was a powerhouse of support to her mum Karen Matthews.

Schoolgirl Shannon vanished on February 19, after she left school in West Yorkshire.

The nine-year-old’s disappearance triggered the biggest investigation in the region since the Yorkshire Ripper in the 1970s.

Read more: Where is Karen Matthews now and does she see her other children apart from Shannon

The community – led by Karen’s neighbour Julie Bushby – began a tireless campaign to help the police in their search.

The nation was left reeling shock when – 24 days after she went missing – Shannon was found hidden in the divan bed at the home of Karen’s fiance Crain’s uncle, Michael Donovan.

It later transpired that Donovan and Karen had cooked up a plan to hide Shannon, then claim reward money by him claiming to have found her.

Channel 5 documentary The Disappearance of Shannon Matthews talking to those involved in the appalling drama, and the life of her mum, Karen Matthews, who was charged with Shannon’s disappearance.

Julie Bushby is a key contributor – here’s all you need to know about her.

Who is Julie Bushby?

Julie was a fierce supporter of Karen when Shannon disappeared and spearheaded the Find Shannon campaign.

She was also the chair of the Moorside residents association that eventually helped to locate the missing girl.

Julie still lives in Dewsbury, the estate where Karen and Shannon lived. She has said it will always be her home.

What did Julie Bushby do?

Julie did everything a best friend would do when a child goes missing. She spent the first night holding fort at the local community centre, in case Shannon decided to come home.

Julie told Channel 5: “The first thing you think, especially when it’s a daughter, is who’s got her? And what are they doing to her?”

What has she said about what really happened to Shannon?

Back in 2017, Julie appeared on This Morning, speaking to Holly Willoughby and Phillip Schofield.

“I wanted answers, she kept saying that other people were involved but I wanted to know the truth, why, what.”

She told the hosts that she never got the answers.

During The Disappearance of Shannon Matthews, Julie reveals that the police were focusing on houses of known paedophiles in the area.

She also reveals Karen didn’t want to take part in a candlelight vigil walk to mark three weeks since Shannon’s disappearance. Julie says: “She didn’t give a reason. She just said she didn’t want to.”

No one can be sure about this, but it’s not likely.

Since being released from prison in April 2012, Karen has kept a low profile.

When Karen was in prison though, Julie visited her on a regular basis, once a month for four years, trying to find the truth.

Since then, Julie has confessed to feeling let down by her former friend.

In the documentary, Julie tells producers: “The whole community were let down. We were foolish enough to believe what came out of her mouth and her family’s mouths.

“As a community I think we should still be proud of ourselves. You’d have to live through it to believe it.”
She also said: “I just wanted the truth. She kept saying other people were involved, I wanted the truth, to know who, why, what.”
When Karen was released from prison, she was no longer allowed to communicate with Julie.

What happened to Natalie Brown?

Natalie Brown was another member of the Dewsbury estate who gave up time to help search for Shannon.

In the ITV drama, The Moorside, she was played by actress Sian Brooke.

Natalie took in Karen during the height of the search for Shannon, while the police were searching her home.

She was also one of the women – alongside Julie Bushby – who was heavily involved in the search.

Later, Karen confessed to both Natalie and Julie that she knew about Shannon’s abduction.

Natalie also appeared on This Morning and told Holly and Phil she had suspicions about Karen, revealing: “It started when she did the very first interview outside her  house.

“I was there when the family liaison officers told her not to do that interview, not to speak to the press until they had got as much information as they could and they would deal with that side of the press.

“(It was) due to previous cases when a child has gone missing it could put the child’s life at risk.

“And then Karen did the interview.

“To me as a mum it was ‘why would you do that? You’ve just been told that it could put your child’s life at risk. Why would you then go do that?'”

Read more: What was the connection between Karen Matthews and Kate McCann?

What happened to Karen Matthews?

After 24 days, Shannon was found drugged and tied up in the base of a bed in the flat of Craig Meehan’s uncle, Michael Donovan.

The little girl was removed from her mother’s care and given a new identity. No one knows where Shannon, who would be 24 now, is.

Karen and Michael Donovan were sentenced to eight years in prison for their crimes, but Karen was released after four.

Because of the public outrage at Karen’s deceit, particularly in the wake of Maddie McCann who has never been found, she was also given a new identity.

Karen was also relocated from Dewsbury.