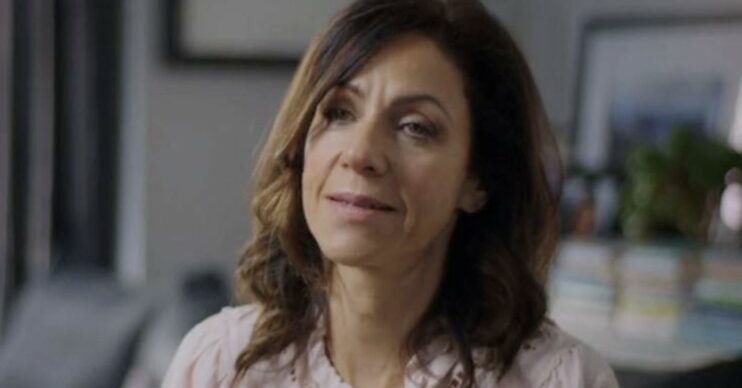 Julia was diagnosed with breast cancer in 2021

Fans of Julia Bradbury were left in tears over her documentary – Breast Cancer and Me – that aired last night (Thursday, April 29).

The 51-year-old was praised for her bravery as she documented the emotional process of undergoing a life-saving mastectomy.

Back in September 2021, Julia learned that she had a “high grade” tumour in her breast.

One month after her diagnosis, Julia underwent a mastectomy to stop the cancer from spreading.

In the documentary, Julia documented her emotional journey and gave fans an in-depth look at the surgery that saved her life.

In the doc, prior to the surgery, Julia said: “I’ve been pretty strong today, I haven’t cried today and I’ve cried most days while this has been going on but today – it’s a bit overwhelming the whole thing.”

Following her mastectomy, Julia bravely revealed the results of the reconstruction surgery.

“Can’t feel that at all, it might come back one day, the sensation, but I can’t feel my fingertips.

“It looks like a plasticine boob at the moment. It’s going to take a bit of getting used to.”

Plenty of viewers took to Twitter during and after the documentary to praise Julia for her bravery.

“Just wanted to say, I think what you’re doing is quite possibly the most open, brave, caring thing I’ve ever seen on television. Thank you for giving so much to save others,” one viewer tweeted at Julia.

“Thank you for documenting such a difficult period in your life. It can’t have been easy (that’s an understatement) but no doubt the programme will help many others,” another said.

“Tears running down my face,” a third wrote.

“Balling my eyes out! My heart goes out to you,” another said.

A fifth tweeted: “Just watched the programme, had me in tears. Sending you Love.”

It wasn’t just viewers who were in tears over Julia’s story and her bravery – Holly Willoughby was too.

Yesterday, ahead of the airing of her new documentary, Julia appeared on This Morning to speak with Holly and Phillip Schofield.

During the emotional interview, she spoke about telling her children that she had cancer.

“Telling your children you have cancer is the hardest thing you’ll ever have to do in your life,” she said.

A clip of Julia reuniting with her children post-surgery was then shown – and Holly got a little emotional.

Julia then assured the star that her children quickly got used to the change. “They’ve made friends with my new boobs! They say, ‘Mummy, it doesn’t feel the same’ and I say, ‘No it doesn’t, but I’m here and that’s what it’s done,” she said.

Julia Bradbury: Breast Cancer and Me is available on ITV Hub now.

So what do you think? Leave us a comment on our Facebook page @EntertainmentDailyFixand let us know.