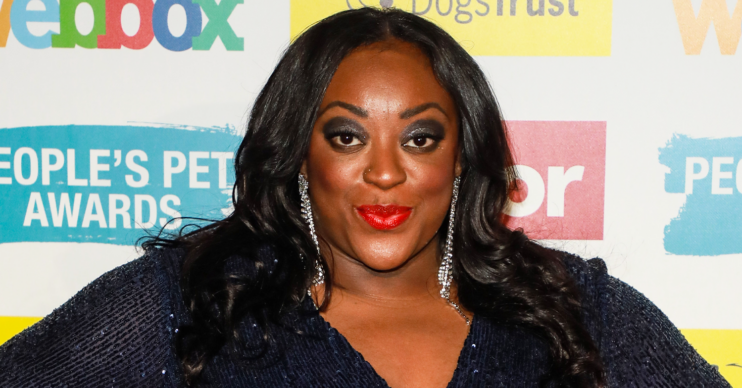 The TV star has two kids with her ex

The gorgeous Judi Love appears on Catchpoint on BBC One tonight (May 7) – and two people who’ll surely be watching are her much-loved children.

And she often speaks out about their struggles while rarely saying much about her ex.

However, in a moving 2019 Facebook video about kids’ relationships with their dads, Judi did reveal that she encourages her ex’s parents to be involved in their kids’ lives.

She admitted grandparents are vital when it comes to them forming a sense of identity.

Judi Love on the importance of grandparents

Judi said she knew that some parents prevented the grandparents from spending time with the kids after the breakdown of relationships – and called for it to stop.

The star, who is not married and doesn’t often say too much about her personal life, said: “Grandparents are so important in their grandchildren’s lives. They teach them things that we as parents can’t.”

She added: “We are breaking down our family wealth… I mean family wealth in the sense of legacy, where you come from, who you are.”

Judi said that identity is “so important”.

We are breaking down our family wealth… I mean family wealth in the sense of legacy. Where you come from, who you are.

“Trust me guys, as you get older, if you are not grown with a secure identity it really brings some challenges to you as an adult,” she said frankly.

The TV star went on: “I am saying this to you from a place of love.

“Because I am a single parent and I have to deal with this daily.”

Judi, 41, said that she encouraged her children’s grandparents to be a part of their lives “because it is so important”.

Judi found fame as a comedian

Rarely one to speak seriously, Judi made her name as a comedian, then from 2020 she has been one of the regular panelists on ITV daytime show Loose Women.

Her other screen credits include Sorry, I Didn’t Know and Celebrity MasterChef.

She was also one of the contestants on Strictly Come Dancing last year, and was paired with pro Graziano Di Prima.

She and Graziano were the fifth couple to be eliminated from the BBC ballroom contest.

Judi is on Catchpoint with Charlene White at 7pm on BBC One on Saturday May 7.