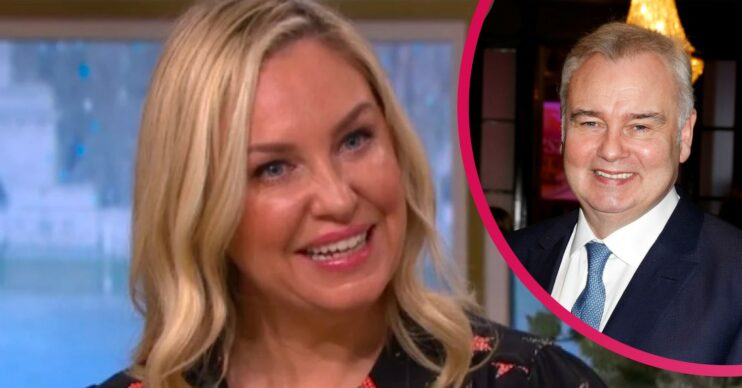 The 36-year-old posted a heartwarming snap on Instagram in which she revealed how much Eamonn has helped her with presenting This Morning.

Today, Josie posted a snap on Instagram paying tribute to Vernon after their stint fronting the hit ITV morning show.

Vernon is now hosting the programme with Rochelle Humes.

In the picture, Vernon and Josie can be seen sharing a smile as they sat on the This Morning sofa during Monday’s show (December 13).

Josie posted a lengthy caption alongside the sweet picture.

“I am absolutely loving Vernon Kay on This Morning,” she wrote. “He is so brilliant isn’t he!”

“Proper salt of the earth, so genuine, and hilarious,” she continued. “It was a pleasure to host alongside him on Monday.”

The star then went on to praise the other This Morning presenters.

“We’ve been so lucky this week…Rochelle Humes, Tess Daly, and of course my queen Alison Hammond and Dermot O’Leary.”

“WHAT A Week!!! Wahhhhhh so excited I could burst!” she added.

Fans of Josie Gibson and This Morning headed to the comments to let her know how much they were enjoying her stints on the show.

What was said in the comments?

“The best duo! Absolutely love you both it’s been absolutely fantastic the chemistry & laughter between you! Hope This Morning give you both a permanent presenter role! It’s well deserved,” another said.

“You are such a breath of fresh air Josie. Wonderful presenting,” another fan said.

One fan commented on Josie’s post saying: “You are the best. Do miss Ruth [Langsford] and Eamonn too.”

Josie replied saying: “Very much so Eamon has helped me immensely. They are amazing.”

Eamonn Holmes recently announced that he was leaving This Morning after 15 years on the show. The 62-year-old Irish broadcaster is set to begin a new presenting job at GB News in 2022.

Holly and Phillip will be back on This Morning on Christmas Day at 10am.

What do you think of Josie Gibson on This Morning?  Leave us a comment on our Facebook page @EntertainmentDailyFix and let us know.