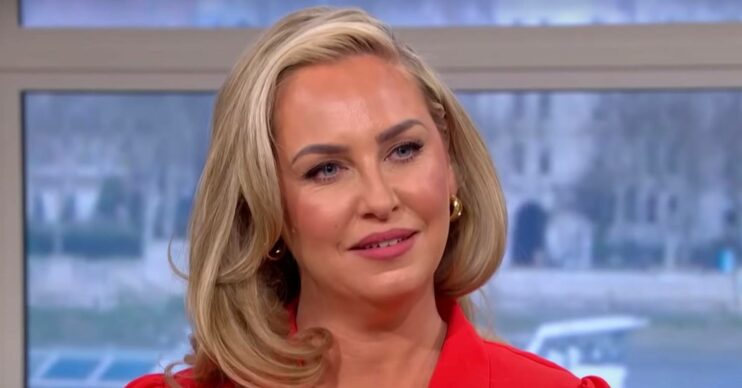 Also explained how she juggles motherhood with busy career

Josie Gibson has hinted at regret over past relationships with a recommendation not to be heartbroken over those who don’t deserve it.

This Morning presenter Josie, 37, indicated matters of the heart, even when they go wrong, work out for the best in a chat with OK! magazine.

The telly fave also explained how she juggles motherhood with her busy career, revealing she ‘makes it work’.

Mum-of one Josie revealed her pragmatism and a matter-of-fact approach to life when asked about her life-work balance.

She replied: “Well, put it this way, I’ve just had to drive my little boy [Reggie, three] around the block to get him asleep to do this interview, and I’ve just taken him up to my local gym.

“My cousin’s up there and he’s keeping an eye on him in the pool. It’s an absolute juggle but I make it work. If you’re worried about having a baby, you’ll always make it work, it just happens – you just make it work.”

Josie’s advice to herself

Much-loved Josie – whose love life has made headlines over the years – was also quizzed about advice she would given herself a decade ago with the benefit of hindsight.

According to the write up of her interview, she prioritised giving guidance over partners and the fallout from relationships.

Everything will always be alright in the end.

Josie responded: “That everything will always be alright in the end. And stop being heartbroken over people that don’t deserve to be heartbroken about. Just get over it, get over yourself.”

Earlier this year, Josie told ED! she lack belief in herself when it comes to seeing other people.

She said: “I don’t think I’ve ever felt confident in the love life department – I’m really not good at it!

“I mean, there’s no department there to feel confident in.”

However, Josie also said she would like to be taken out on a date.

“I wouldn’t mind someone taking me out for a meal, but I don’t think I’m up to dating,” she said.