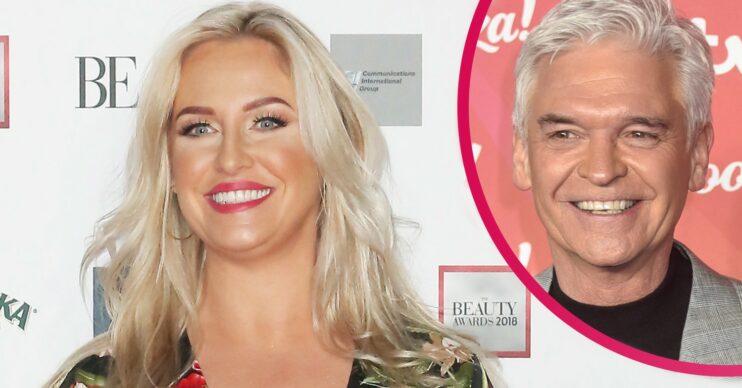 Josie Gibson has said she wishes people would see the more “hilarious” side to Phillip Schofield.

The This Morning presenter has previously hosted the daytime show with Phil, and viewers loved them together.

But Josie said viewers often see “presenter Phil” rather than “the Phil”.

Speaking to The Sun, Josie said: “We often see ‘presenter Phil’ and sometimes I wish people would see more of ‘the Phil’ because he’s bloody hilarious!

“When I had an ear infection, he was always checking up on me asking if I was alright – he’s just lovely.”

Josie hosted This Morning with Phil last month when Holly Willoughby was forced off the show with Covid.

She also presented with Phil in November last year, but issued an apology after her stint!

At the time, Josie apologised for ‘all the mistakes’ she made.

She said on Instagram: “What a surreal week it’s been!!!! Three days of presenting one of the biggest daytime TV shows of all time [This Morning].

“I’ve got to give it up for this hero [Phillip] you have been my rock this week.

“Not only have you presented the show but you’ve had to teach me along the way.

“Sorry for all the slip-ups, you and [Holly Willoughby] and all the other presenters make it look effortlessly easy.”

She added: “You have made me laugh so much especially in the make-up room.

At the time, fans praised Josie for her hosting skills as one gushed: “I think they’ll ask you again. You were brilliant.”

Another wrote: “You were amazing on the show. Loved watching you as a host.”

There’s good news for This Morning fans as Josie will be returning to host next week with Vernon Kay.

Do you enjoy watching Josie host This Morning? Leave us a comment on our Facebook page @EntertainmentDailyFix and let us know.