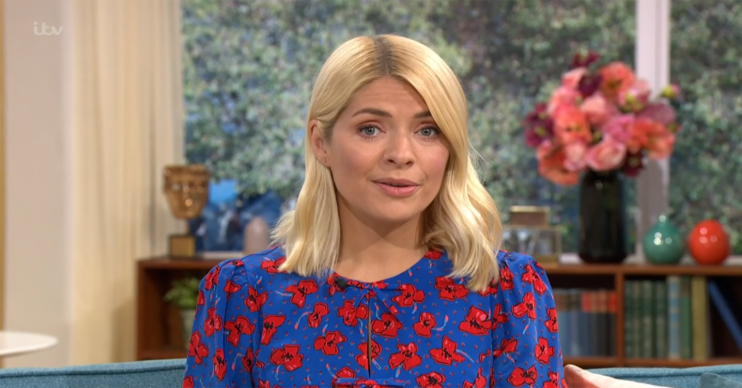 Josie Gibson gets Holly Willoughby’s name wrong on This Morning

It seems she got revenge on Holly!

The presenter was on the daytime show live from Mulberry’s factory in Somerset to reveal how the company is making gowns for NHS workers.

The luxury fashion brand has swapped producing handbags for gowns for those working on the frontline against coronavirus.

Holly said: “Good morning Josie, how are you?”

Holly burst into laughter and said: “It’s always a holiday!” as Josie moved on to the segment.

Viewers were amused by Josie’s slip-up and shared their amusement on Twitter.

Another mocked: “Morning Holiday,” followed by a laughing emoji.

Meanwhile, it seems the Big Brother star was getting revenge on Holly after she called Josie the wrong name on the show.

Back in January, Holly accidentally called her “Josie the Gibson” as she introduced a competition segment.

Phillip Schofield was in hysterics over the blunder and Holly quickly turned things around.

Later she said: “Here’s Josie… Gibson with the details. Got it right that time!”

Meanwhile, on today’s show, Josie spoke to the factory workers making the gowns for NHS staff.

Read more: This Morning viewers ask why Holly Willoughby went to work dressed like ‘a Twister’

One worker called Callum said: “It’s always good to know you can play your part in helping the NHS.

“I think [my family] are proud of me, I’m proud of myself. We’re all in this together.”

Another worker called Hannah revealed they’ve made over 1000 gowns for NHS workers.

Operations Director Rob Billington then explained why the company decided to make the gowns.

He said: “We were looking at the most effective way to support our frontline NHS workers and the incredible work they’re doing.

“We received an email from a consultant at Bristol Royal Infirmary, Dr Jess Webster, asking if there was any way Mulberry could help in the production of gowns.

“After speaking to Jess on Monday, I brought my development team in and by the end of the week, we produced patterns.