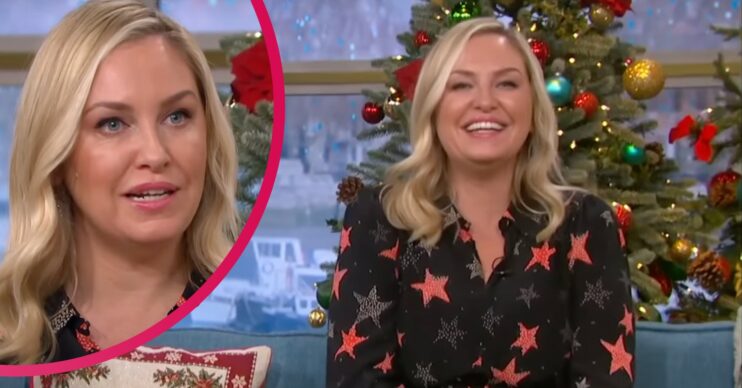 Josie Gibson being lined up for bigger This Morning role?

Fans of This Morning star Josie Gibson will be very happy to hear that she is reportedly in contention for a bigger role on the show going forward.

Josie stepped in to host the show again on Monday (December 13), and ITV is now reportedly “investing a lot of time in Josie’s development”.

What have fans said about Josie Gibson’s hosting skills?

In November, Josie Gibson stepped in as a last-minute replacement for Holly Willoughby after the This Morning star fell ill. Audiences were wowed by Josie, with many calling for the star to become a full-time host on the show.

In Holly and Phillip Schofield‘s absence this week, Josie fronted the show once more. The 36-year-old was joined by Vernon Kay during her stint on the show on Monday.

Josie’s hosting drew praise once more from viewers, with many calling for the Big Brother winner to get a more regular hosting spot once more.

Josie has been a part of This Morning since 2019. She usually hosts the competition segment of the show.

What are the rumours about the star’s future?

Following the positive reaction to Josie hosting the show, ITV has reportedly decided to devote some time to getting Josie a bigger role on This Morning.

A source spoke to OK! magazine about ITV’s plans for Josie.

“ITV have been investing a lot of time in Josie’s development, they see her as a real star of the future,” they revealed.

The source then said that ITV sees the same potential in Josie that they originally saw in Alison Hammond. Alison now hosts the Friday shows with Dermot O’Leary.

“They think she [Josie] has the personality and talent to take on a more leading role on the show,” the source said.

The source continued, saying: “She really impressed when she stepped in for Holly at the last minute recently and the positive audience reaction gave them real food for thought.”

The source then went on to reveal that there are “definitely” talks of Josie and Vernon hosting more shows together in the future.

What have This Morning fans said about Josie Gibson?

Fans of This Morning have been bowled over by Josie Gibson’s stints on the show. Many have called for her to replace Alison on Fridays, whilst others have simply demanded that she host the show more often.

“Vernon and Josie are a great team on This Morning. Smart, kind, and funny but serious when needed, love it,” one fan said.

“I am loving This Morning with Josie and Vernon. Great combination,” another said on Monday.

“Josie and Vernon work together better already and it’s only been half an hour,” a third said.

Other fans of the show have called Josie Gibson a “breath of fresh air”, and that her pairing with Vernon is “fun”.

For those missing Holly and Phil, you’re in luck! The iconic duo will be back for the Christmas Day special at 10am.

Do you think Josie Gibson should host This Morning more often? Head to our Facebook page @EntertainmentDailyFix and let us know!