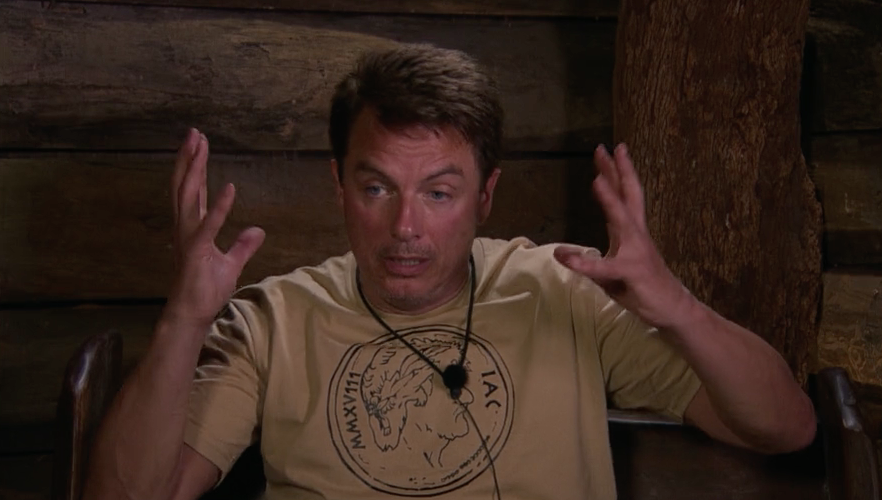 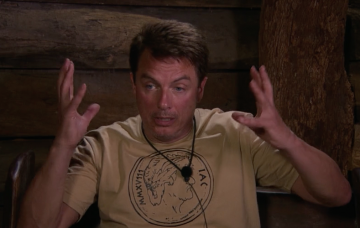 John Barrowman is being tipped to leave the I’m A Celebrity jungle first after a fiery clash with Noel Edmonds.

Odds have been slashed on the actor to be voted out early after he admitted the new campmate’s arrival had got under his skin.

Viewers saw 69-year-old Noel enter the show last night, having been assigned the role of Emperor, and he soon started bossing around the other celebs.

But while most took it in good humour, John has already clashed several times with the veteran TV host.

John fumed as he insisted he was only scratching his waist but Noel was having none of it.

After the tense exchange, John said in the Bush Telegraph: “I know he was trying to make a joke and be funny but it didn’t land well with me.

“It’s not his fault and I’m an adult, I know that, it was just that moment and some of us are feeling ‘arghhh’.”

Although Corrie’s Sair Khan remains the favourite to be voted out first, some bookies have slashed John’s odds by half.

Host Declan Donnelly later joked that John would need a lot of sandwiches to get through the series with Noel.

Before entering the jungle, ITV released a video of Noel discussing his campmates, who now have the role of Gladiators and must follow his orders to impress him.

He said in the clip: “Now, John Barrowman is one of those people who you feel you know.

“I think he is the self-styled queen of the jungle.

“And I expect him to sit on the throne and dominate proceedings and we will all be his loyal subjects.”

The fact that the roles are the opposite way around has clearly left John feeling disgruntled.

What do you think about the tension between John and Noel? Leave us a comment on our Facebook page @EntertainmentDailyFix and let us know what you think!